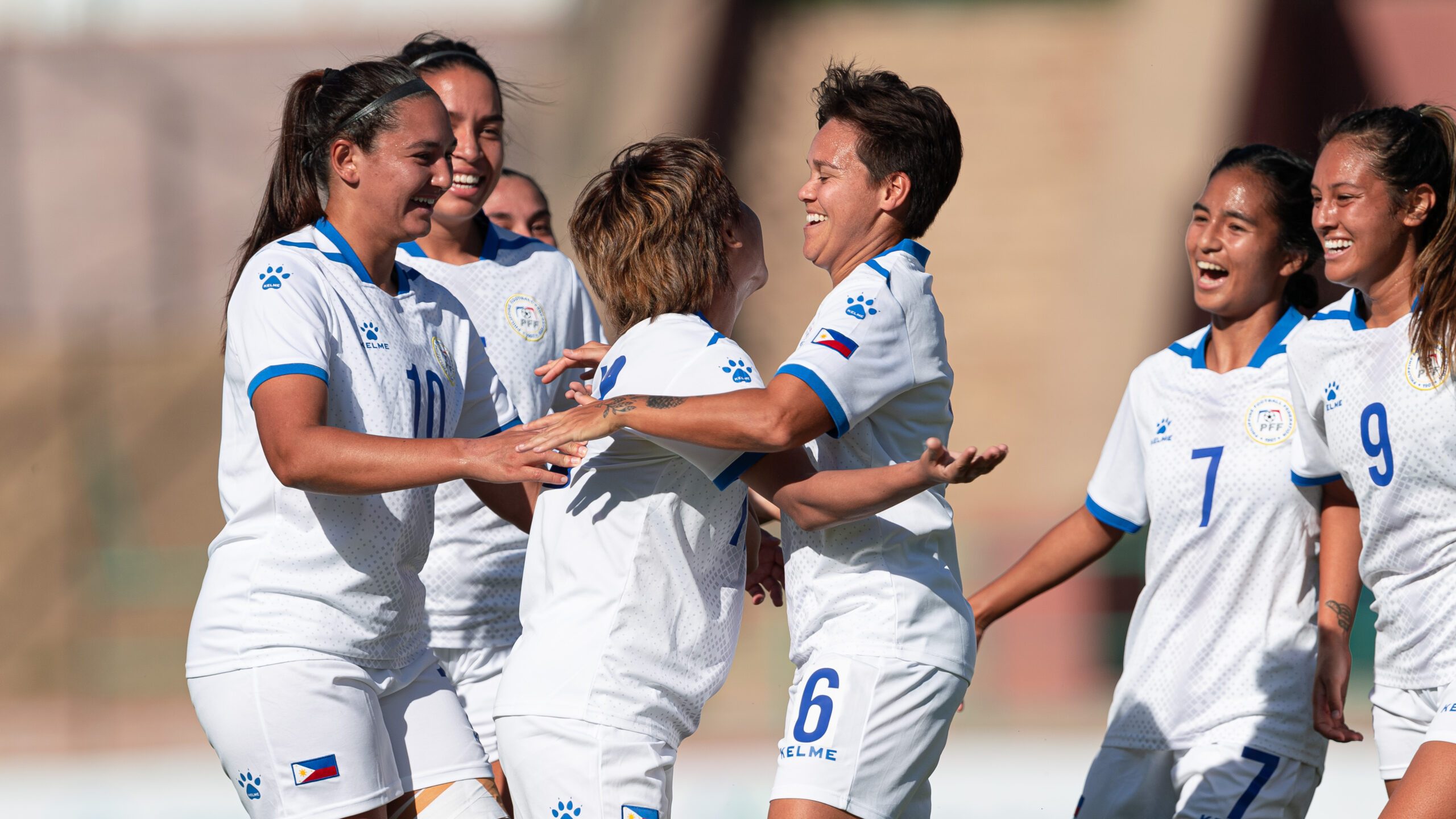 CONTENDER. The Philippine women's football team stands a chance against the world's best.

Facebook Twitter Copy URL
Copied
'I’m really impressed with where they are and I think some teams need to watch out for them in this tournament,' says Tony Gustavsson

Despite losing 4-0 to Australia, the Philippine women’s football team gave an impressive performance that showed it can go head-to-head with the world’s elite.

After the match, Matildas head coach Tony Gustavsson admitted that his knowledge on the opposing team’s program is limited, but based on what he just saw on the pitch, the Filipinas were organized, played with pride, committed to play physical, and worked hard for each other.

“I think that’s a really, really good thing for a team so, like I said, I’m really impressed with where they are and I think some teams need to watch out for them in this tournament,” added Gustavsson.

Australia, ranked 11th by FIFA, struggled to generate goals in the first 45 minutes of the match as the Philippines sat deep and executed a near-flawless defensive game plan.

Coming into the match, Gustavsson pointed out that they anticipated it to be a different game compared to their first group stage encounter versus Indonesia.

It was indeed a complete opposite of what the Matildas experienced in their first game as they blitzed Indonesia, 9-0, in the opening half. Sam Kerr drilled four goals, while Caitlin Foord, Mary Fowler, Hayley Raso, Ellie Carpenter, and Emily van Egmond each netted one.

The Australians then eventually won that match, 18-0, as first half scorers Raso and Carpenter completed a brace, Kerr added one more to her tally, and Edgmond ended with a hat trick.

Kyah Simon also grabbed a brace, while Tameka Yallop and Aivi Luik joined in the scoring festivities en route to a resounding triumph.

“I have to give a lot of credit to the Philippines. I think they made it very difficult for us and they’ve done in a really good preparation work going into this game,” said Gustavsson.

Gustavsson also observed that the Philippines did a good job in denying the central areas of the pitch which forced them out wide.

Match day captain and center back Hari Long led the Philippines’ back line very well as they provided magnificent protection for debutant goalkeeper Kaira Fontanilla, who also impressed when tested by the Matildas.

With the Australians attacking so high, the Filipinas exploited it by catching them on the counter-attack and it almost paid off as Chandler McDaniel almost put her country 1-0 up in the fifth minute.

Philippine head coach Alen Stajcic also had lots of praise for the squad: “An outstanding performance. I couldn’t be any prouder of the way that they fought, battled, and the effort was outstanding against a really, truly world-class team.”

“For our players to step up to that level and be able to hold them out for 50 minutes and really only concede off a corner and Sam Kerr, who is probably the best header of the ball in the last 10 or 15 years of women’s football, just shows the resilience that the team showed, the fight, the effort, makes us really proud that we could match that team for so long and keep them at bay,” Stajcic added.

Such a display gives the fans a glimpse of what the country can achieve in the future as they try to bridge the gap with other countries. Stajcic, though, explained that it takes a long process to attain this and used the Matildas’ operation as an example.

The former Australia head coach said that there were institutes, player development, and identification systems that were set in place to find, train, and prepare these players. He also noted that most of them are playing club football at the highest level – specifically in Europe or America.

“That takes 10 years and it doesn’t take 10 minutes and any country who wants to get to that level, if they think a magic wand can come over their team and fix any issues in 10 minutes, they’re on another planet,” said Stajcic.

“It really takes a lot of hard work at grassroots and development systems to be able to have farmed and trained and developed some of the best athletes within your own country and Australia did a good job at that 10 years ago and they’re reaping the rewards of this fantastic team that they’ve got.”

Regardless of the recent humbling and the disparity that they have to narrow, the current Philippine tactician believed that “the country should be immensely proud of what they produced today.” – Rappler.com