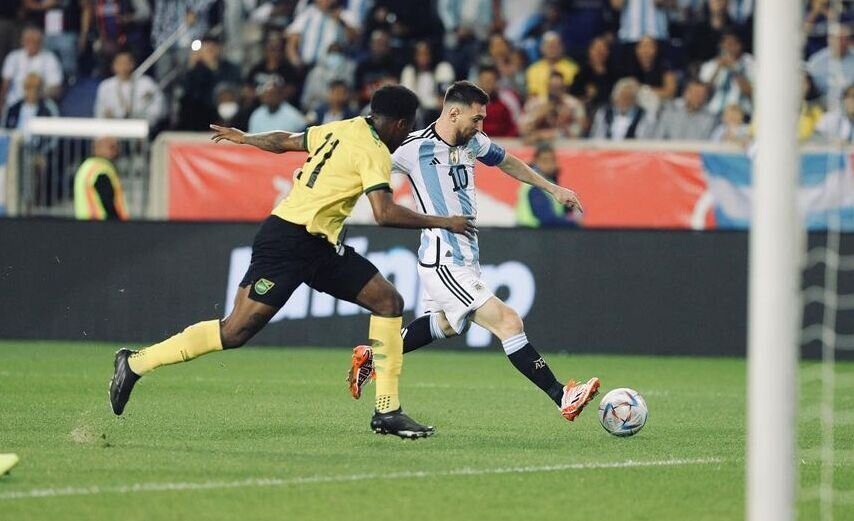 TUNE-UP. Argentina's Lionel Messi vies for the ball against a Jamaican defender.

Argentina took the lead in the 13th minute when Lautaro Martinez dribbled past Jamaican defenders in the box before finding Julian Alvarez, who coolly tapped the ball home.

Messi was reported to be suffering flu-like symptoms before the match and came off the bench in the 56th minute, scoring his first when he drove past several defenders and hammered home with four minutes remaining.

He added his second from a free kick three minutes later to extend Argentina’s unbeaten streak to 35 matches.

One fan came onto the pitch late on and Messi signed the shirtless intruder’s back before he was hauled away by security.

Messi, who also scored twice in a 3-0 win over Honduras in Miami on Friday, is looking to lead Argentina to their third World Cup title and first since 1986.

They have one more tune-up against United Arab Emirates on November 16 before they begin their World Cup campaign against Saudi Arabia on November 22.