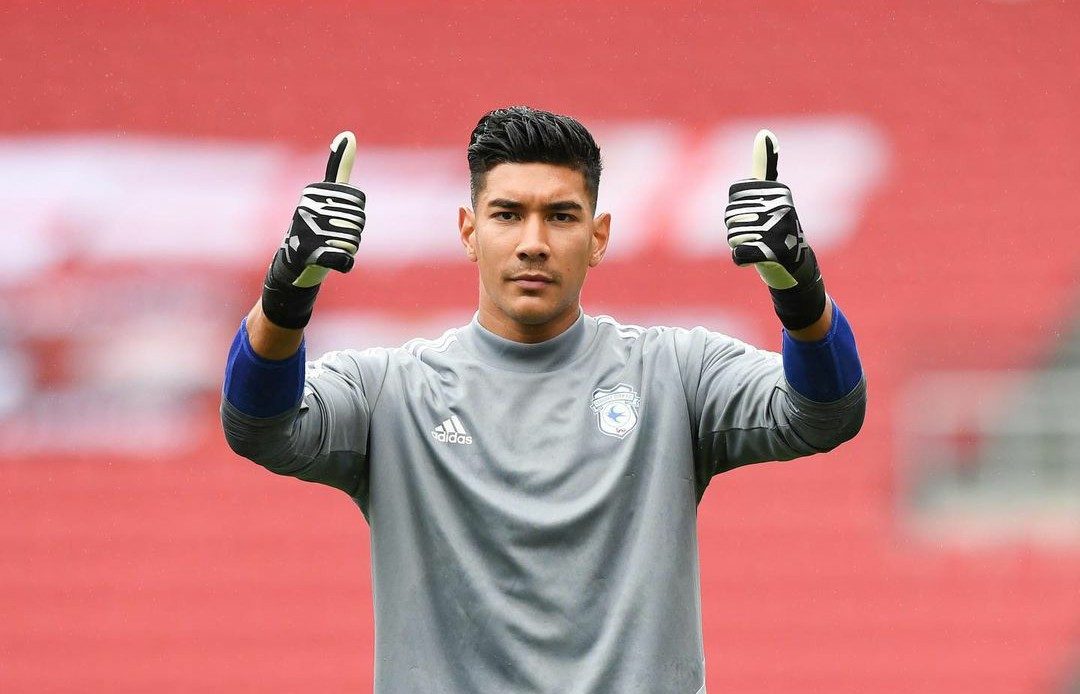 ONE MORE WIN. Neil Etheridge and the Azkals are on the verge of advancing to the Asian Cup.

MANILA, Philippines – It has been a wild year for 32-year-old Neil Etheridge, but the Philippine Azkals goalkeeper has soldiered on and is on the verge of captaining the team to a historic second Asian Cup appearance.

“It’s been a bit of a roller-coaster last 12 months for me and my family. Obviously COVID hit me extremely hard – ending up in intensive care for a long period of time.”

“Losing my spot at Birmingham and getting it back, getting married, having a daughter, I could probably keep going but, you know, it’s nice for me to be back with the national team now fully focused and obviously being captain of this side, I’m extremely proud.”

“I’ve been part of this team for 14 years now, and to wear the captain’s armband, I don’t take lightly. It comes with a responsibility both on the field and off the field.”

But Etheridge stated that it’s not about him, but the entire team.

“I think that’s the main thing – we’re in this together all the way from the head of the [Philippine Football Federation], all the way down to whoever does everything off the field.”

Etheridge also believes he is doing a good job in teaching young players how to conduct themselves on and off the pitch because of the huge importance they have in representing the Philippines.

The Birmingham City goalkeeper sees the inclusion of the youngsters as a positive move because it pushes the future of the national team forward and it has undoubtedly worked so far.

“I feel like all the players that have taken part in all the games whether it be coming off the bench or starting eleven have all played and contributed a massive part to where we are going to the last game.”

A victory for the Azkals will catapult them to the top of the group and immediately secure them a spot in next year’s Asian Cup.

Etheridge said that the entire team is in high spirits ahead of the big clash against the Palestinians.

Despite being ranked below Palestine, Etheridge is upbeat about the Azkals’ chances.

“We’ve done it before, we wanna repeat history, and ultimately, we wanna be in the Asian Cup next summer.” – Rappler.com