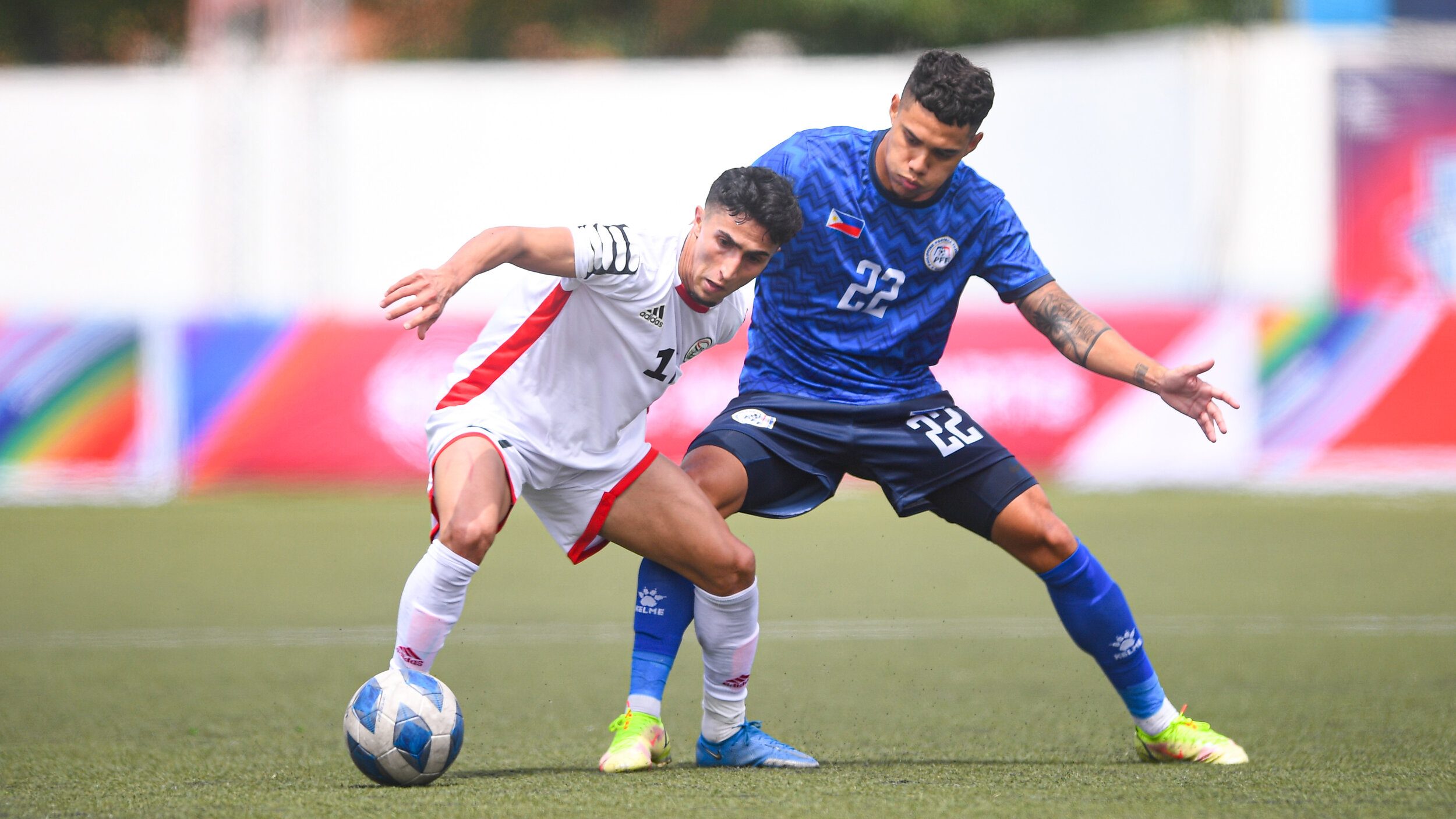 CHALLENGE. Kenshiro Daniels and the Philippine Azkals aim for the top Group B spot.

The Azkals will also miss the services of Kevin Ingresso, Mike Ott, Patrick Reichelt, and Daisuke Sato, who all suited up in the previous edition of the tournament, which was then called the Suzuki Cup.

Despite the absence of some high-profile players, the Azkals look to bank on the experience of Stephan Schröck to lead the team once again.

The Azkals will open their campaign against Cambodia at 6 pm on Tuesday at the Morodok Techo National Stadium in Phnom Penh.

Newly appointed coach Josep María Ferré Ybarz, a 39-year-old Spaniard, will take over after the team parted ways with Thomas Dooley and John Stewart Hall, the Englishman who coached the Azkals in last year’s Suzuki Cup.

Ferré is a former FC Barcelona Academy mentor and also had stints in Hong Kong, Thailand, Puerto Rico, and India.

The Philippines got bunched in Group A with Thailand, Indonesia, Cambodia, and Brunei.

Only the top two teams in the group will advance to the knockout stage and play against the Group B leaders composed of Vietnam, Malaysia, Singapore, Myanmar, and Laos.

Youngsters Bias and Reyes were part of the Suzuki Cup roster a year ago and will now aim for more minutes in the 14th edition of the biannual Southeast Asian tournament.

Veteran Mark Hartmann will most likely eat up most of the forward minutes for the team, but he will be backed up by former Ateneo standout Jarvey Gayoso and 20-year-old Jens Sebastian Beraque Rasmussen.

The Azkals defense will be led by 27-year-old Amani Aguinaldo and will be supported by Kamil Amirul, Yrick Gallantes, Simen Lyngbo, Audie Menzi, Christian Rontini, Paul Tabinas, and Jefferson Tabinas.

Kevin Ray Mendoza, Anthony Pinthus, and Julian Schwarzer will all compete for the goalkeeping starting spot in this tournament after the three goalies last year – Kevin Hansen, Quincy Kammeraad, and Bernd Schipmann – miss out this time.

Overall, only seven players (Aguinaldo, Schrock, Daniels, Gallantes, Rontini, Bias, Reyes) were retained from the last AFF Championship squad that bowed out at the group stage after the Azkals ended up in third place of a five-team group with 6 points and a +6 goal difference. – Rappler.com