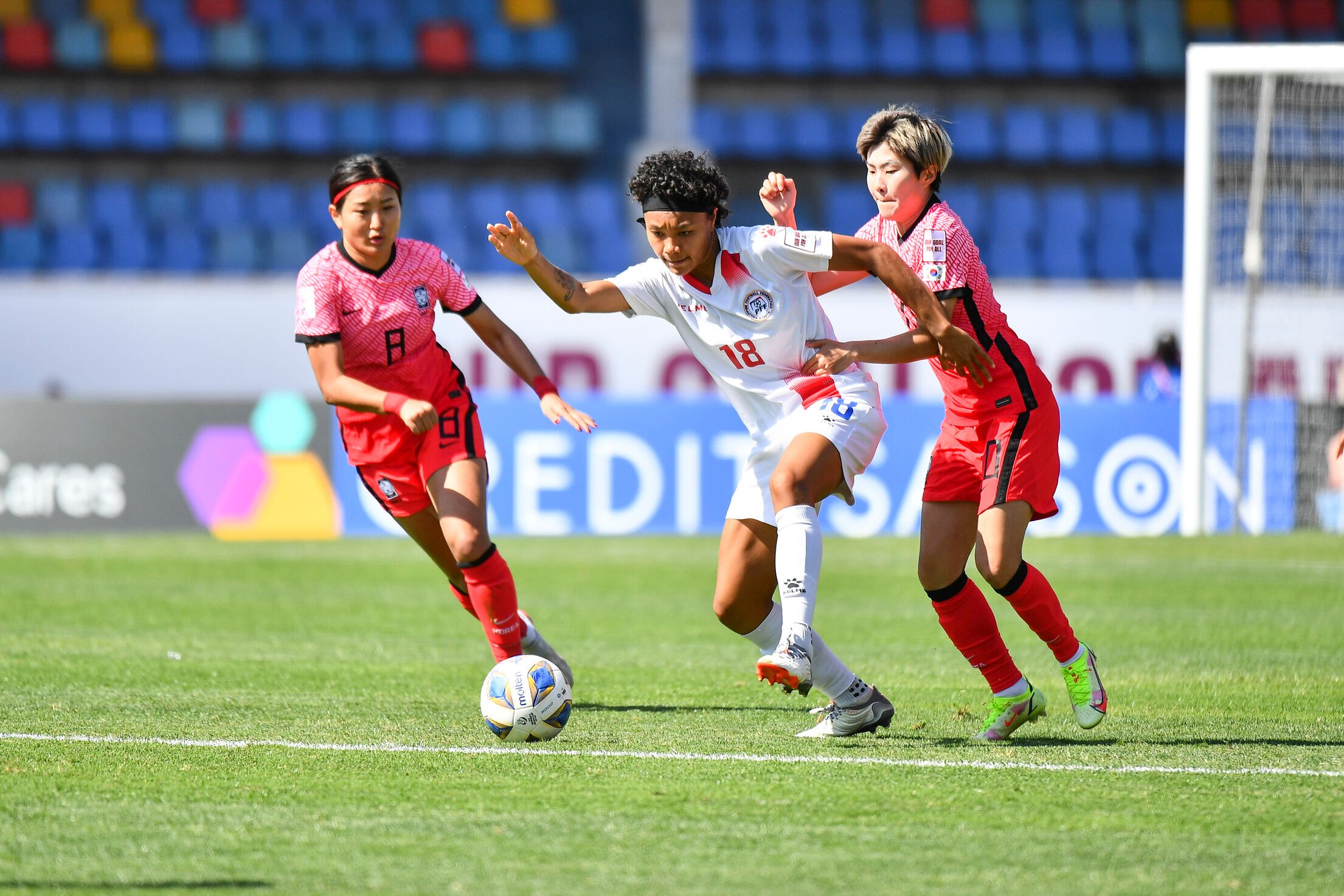 Facebook Twitter Copy URL
Copied
As the national women's football team achieves milestones, the Philippine Football Federation aims to set up a league that would allow more Filipinas to pursue the sport

One of the biggest plans that he shared in the recent Philippine Sportswriters Association forum was the intent to launch a local women’s football league in the country.

“We want to start the women’s league to develop our players and give them much-needed match fitness, match competition,” said the outgoing PFF president.

Araneta added that some people have approached him about it already and he is hopeful that everyone will be on board to help women’s football in the Philippines.

Defender Hali Long pointed out that it is important to create a league which would give girls an opportunity to play football and keep their passion for the sport alive.

“They could be seen by schools and then that starts something big for them too, so it’s not just to get girls through all the way up to the national team, that’s like the highest you can go here, but it’s for girls to get scholarships or them to have a lot more opportunities in the sports community and the working community and it could be everything for someone,” she said.

Long touched on the possible growth of a footballer playing in a local women’s league, saying that “you get better as a person and as a team because of the exposures there.”

“I think the gap between international football and what we have here in the Philippines is quite far at the moment and the only way we can bridge that is to keep playing more games,” she said.

The former La Salle keeper continued: “That could also be a venue where our coaches could scout or future players could be found. It’s so important that there’s always an opportunity for people to play here because the only way this sport will grow is to have people continuously playing year in, year out, every month, every weekend.”

Midfielder Camille Rodriguez believes women’s football is now in a unique position where people want to help due to its tremendous success in the past few months.

Since the appointment of head coach Alen Stajcic, the Filipinas have gone on a historic rise as they qualified for the FIFA Women’s World Cup 2023 in the AFC Asian Cup 2022, earned a bronze medal in the Southeast Asian Games, and finally, won a maiden crown in the AFF Women’s Championship.

“I believe that the league is a good springboard and a good opportunity for PFF to work with different stakeholders, sponsors, brands,” Rodriguez said.

The former Ateneo standout admitted that it might be difficult to set up a local women’s football league, but she thinks this is the best time to ride the wave of success of the national team.

“Opportunity leads to opportunity and the time is now, and let’s keep pushing. It’s going to be hard, but it’s going to be worth it in the end for stakeholders, for players, for PFF, for women’s football in general,” she said.

Aside from the highly anticipated establishment of the local women’s football league, both the PFF and the coaching staff are lining up games for the Filipinas as they gear up for the 2023 World Cup.

“We plan to hold a four-nation tournament here, maybe [in] June [2023], but we’re looking at grass pitch, natural grass because they will be playing in natural grass in Australia and New Zealand,” Araneta said, citing Bulacan and Clark as possible venues.

“We might invite some teams that have qualified for the World Cup to play here which [are] not part of our group in the draw.”

Araneta was also asked about the roster for the upcoming World Cup, but he said he is leaving the decision to the coaches and team management.

For now, Araneta is just proud to have witnessed the team’s stint in the AFF Women’s Championship, adding that their first-ever title was “a big boost for football in the country.”

“Beating Vietnam 4-0 in the semifinals and Thailand 3-0 in the finals is something else,” he said. “I take my hat off to all the players.” – Rappler.com

Starting your fitness journey? Get yourself a brand new activewear using this Shopee discount code.