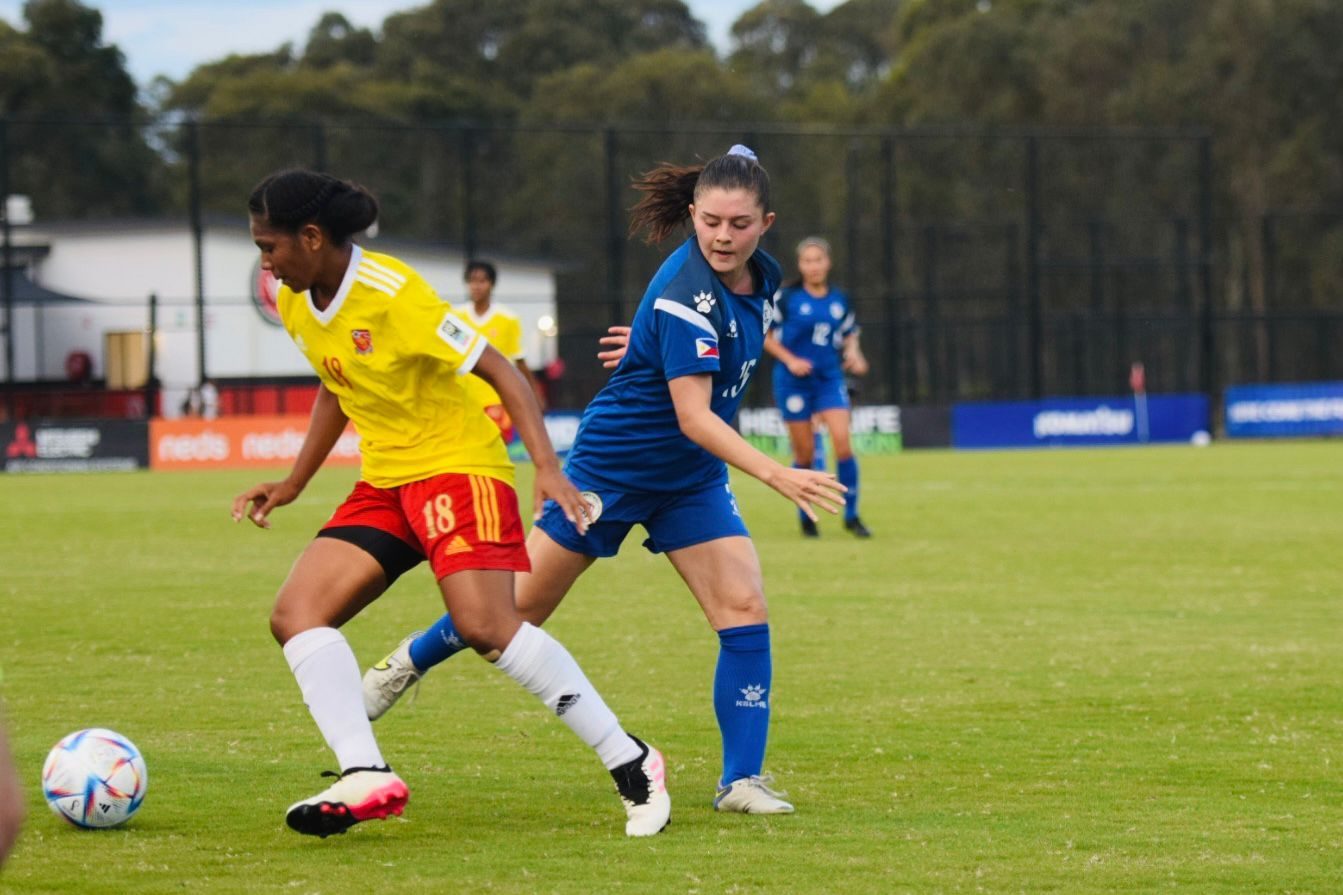 MANILA, Philippines – The Philippine women’s football team continues to ramp up its preparations for its historic 2023 FIFA Women’s World Cup berth with a series of friendlies in Australia to end 2022.

The Filipinas got a great offensive run last Sunday, December 11, after they handed Papua New Guinea – a team ranked two spots higher than them in the FIFA rankings – a 5-1 mauling at Western Sydney Wanderers Park.

Carleigh Frilles struck in each half in the easy win while captain Tahnai Annis, Eva Madarang, and substitute Meryll Serrano also chipped in on the scoresheet.

The two teams clash again on Thursday, December 15, also at Western Sydney Wanderers Park. The match will mark the last game of the Filipinas for the year.

Moving forward, the Filipinas will be based in Auckland, New Zealand, after Team Base Camps (TBCs) – a first for the FIFA Women’s World Cup – were confirmed by the association on Monday, December 12.

This TBC will serve as a “home away from home” for the national team as it prepares for the midyear spectacle kicking off on July 20, 2023.

The Filipinas will play their final group stage match in their Auckland home base, but will start their historic World Cup bid in Dunedin against Switzerland on July 21, followed by a match in Wellington on July 25 against home team and Australia co-host New Zealand.

The national team will then wrap up the group stage on July 30 against Norway.

FIFA chief women’s football officer Sarai Bareman said the addition of TBCs at the Women’s World Cup for the first time will ensure that teams and players are provided with the best possible platform to perform at their peak.

“Our mission for the FIFA Women’s World Cup 2023 is to go ‘Beyond Greatness,’ and to do that, we must provide elite environments for the 32 teams to train, rest, and recover,” Bareman said.

“FIFA is committed to enhancing the standards and conditions for teams at each FIFA Women’s World Cup, and the introduction of dedicated Team Base Camps is a clear demonstration of that commitment and our drive to grow and develop women’s football.” – Rappler.com