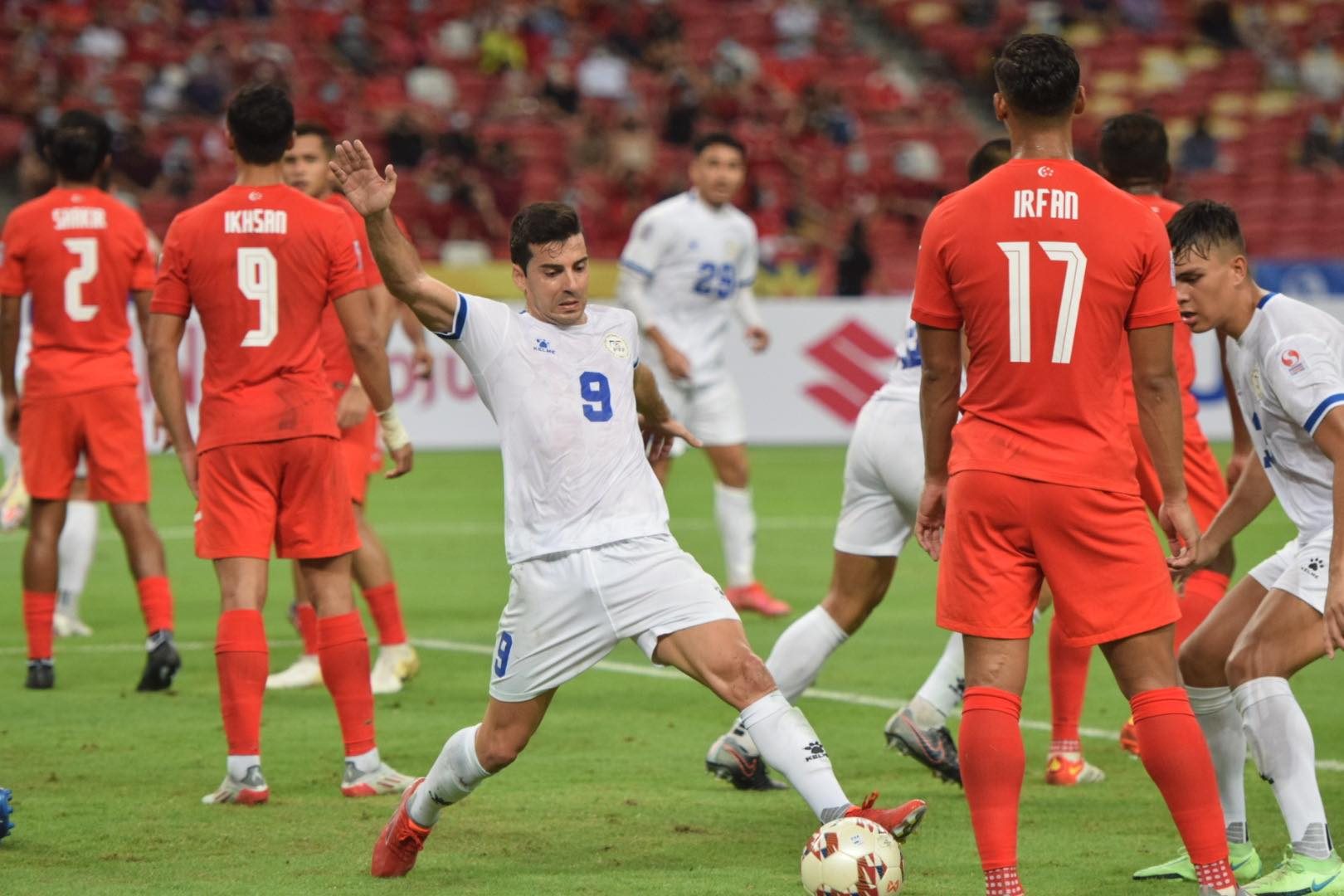 FILIPINO AT HEART. Bienvenido Marañon says his football journey will always include the Philippines.

MANILA, Philippines – After missing out on the opportunity to book an outright berth, the Philippine Azkals will have another chance to secure a slot in the AFC Asian Cup 2023 as the national men’s football team goes up against Palestine, Yemen, and Mongolia in the third qualifying round this month.

Veteran goalkeeper Neil Etheridge and naturalized forward Bienvenido Marañon lead the squad along with former Germany under-20 youth player Gerrit Holtmann, who will finally make his debut with the Azkals.

But the Azkals will miss another old hand in Stephan Schrock – who had an infamous bust-up with returning head coach Thomas Dooley almost eight years ago – as the American coach opted to drop the 35-year-old midfielder for the qualifying round.

The Azkals, ranked world No. 133, will kick off their qualifying campaign versus world No. 151 Yemen in Group B at 12:30 pm on Wednesday, June 8 at the MFF Stadium in Ulaanbaatar, Mongolia.

A clash with group host and world No. 186 Mongolia will follow on June 11, while the Azkals will wrap up their bid in the qualifiers against world No. 100 Palestine on June 14.

The first placer in Group B will receive a guaranteed spot in next year’s Asian Cup alongside the other five group winners.

Anthony Pinthus, Miguel Mendoza, Jesse Curran, and Sandro Reyes also made the final cut as the Azkals try to qualify after falling short during the FIFA World Cup 2022 and Asian Cup 2023 joint qualifiers back in June 2021.

In a recent television interview, Dooley said he doesn’t have a problem with Schrock at all and he is only looking at what’s best for the team.

“I had to deal with him, that again, it’s not about the person. It’s about… I have to say it, he is a football-specific fitness,” said the 61-year-old mentor.

“In football-specific fitness, he is maybe the best player in the Philippines. That doesn’t mean you do the right thing on the field, and with all that stuff, I make a decision on what’s best for my team. When he wasn’t there with the team, we had the biggest success and we played beautiful football.”

The following day, Schrock appeared on the same television show and revealed he feels “upset, disappointed, and confused about the decision of the new head coach” as he was only informed via text message “without any sort of explanations.”

“I hoped he would also not let the decision making get into the personal side of him, but well, it is what it is,” said Schrock. “I think he still holds a grudge and I reached out to him asking for a sit down to clear this up like adults and yeah, he refused.”

If the Azkals qualify, it would be their second appearance in the tournament after finishing last in Group C of the Asian Cup 2019 where they absorbed three losses and conceded seven goals against South Korea, China, and Kyrgyzstan.

Aside from the group topnotchers, five of the best group runners-up will also qualify to fill the 11 slots that are allotted for this qualifying round.