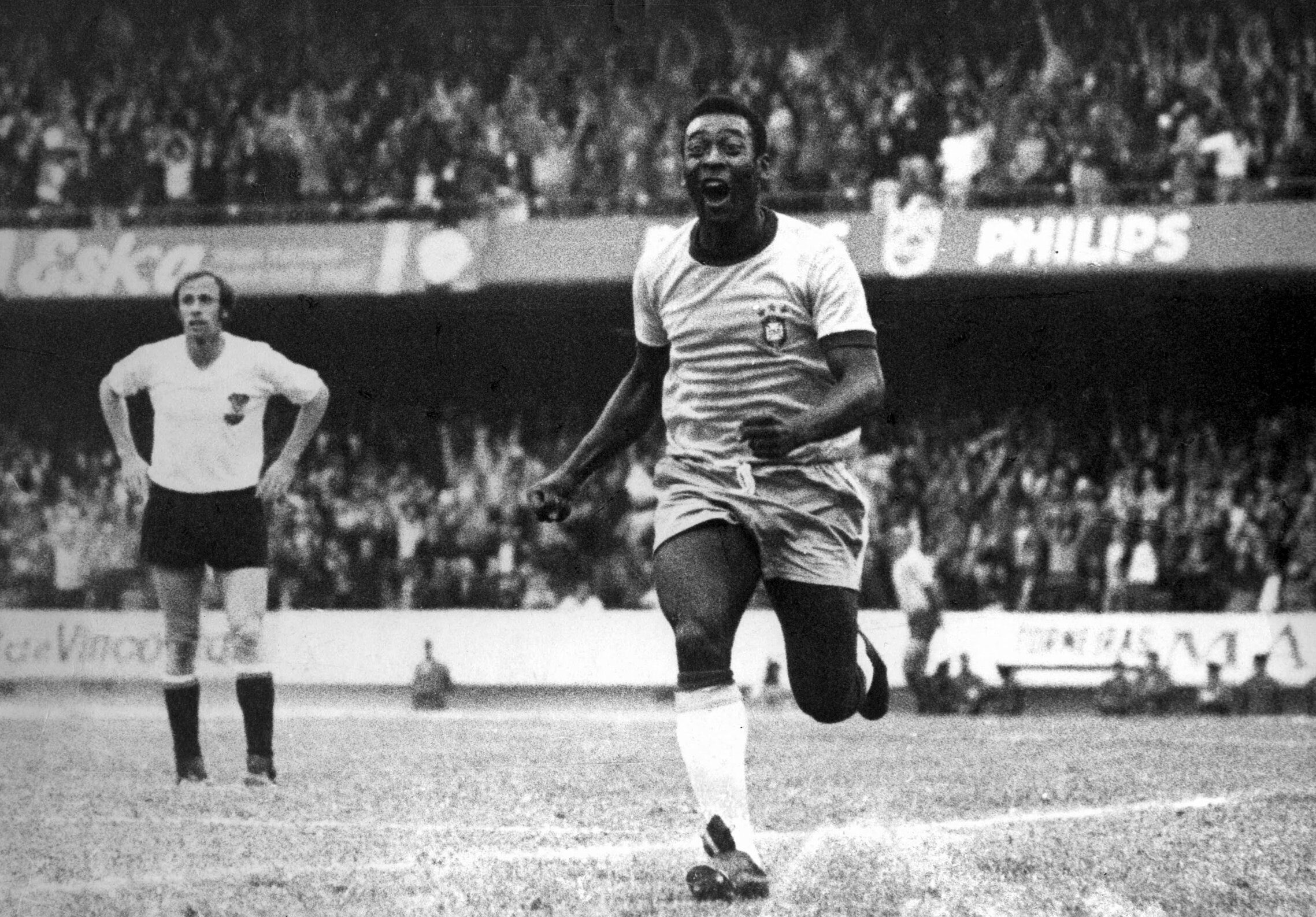 Football fans were united in mourning on Thursday, December 29, after the death of Pele at the age of 82, with tributes pouring in for the Brazil great who defined his sport and inspired generations.

Brazil’s government declared three days of mourning and the arch at soccer’s cathedral, Wembley Stadium, was lit in the colors of Brazil, while icons of sport and heads of state bowed to the man who rose up from childhood poverty to become a legend.

“I had the privilege that younger Brazilians didn’t have: I saw Pele play, live, at Pacaembu and Morumbi. Play, no. I saw Pele give a show,” said Lula, the president-elect of Brazil.

“Because when he got the ball he always did something special, which often ended up in a goal.”

Former Brazil President Dilma Rousseff wrote: “Thank you for the joy you gave the Brazilian people and the people of the world. No one has been a king so loved.”

There was a minute’s silence at Spain’s LaLiga games and a minute’s applause at Olympique de Marseille’s Stade Velodrome as the sport heaped honour on one of the greatest athletes in modern history. Rio’s “Christ the Redeemer” statue was lit up in green and yellow in tribute.

“Before Pele, football was just a sport. Pele changed everything. He turned football into art, into entertainment,” wrote Brazil forward Neymar. “He’s gone, but his magic will remain.”

Former Brazil striker Ronaldo wrote: “The world mourns. The sadness of farewell mixed with the immense pride of history written.”

FIFA President Gianni Infantino wrote in a lengthy tribute that Pele had “achieved immortality,” recalling the top moments from his career, including the “Pele run-around” at the 1970 World Cup and his goal in the 1958 World Cup final at the age of only 17.

“The sight of him punching the air in celebration is one of the most iconic in our sport, and is etched into our history,” said Infantino, who recalled as a child watching Pele starring alongside Hollywood star Sylvester Stallone in the 1981 film “Escape to Victory.”

“In fact, because televised football was still in its infancy at the time, we only saw small glimpses of what he was capable of.”

With 1,281 goals in 1,366 games, according to FIFA, his on-field statistics were matched only by his social impact. The Brazilian Football Confederation (CBF) declared Pele, the only player to win the World Cup three times, “The King of Soccer.”

“A Black, poor boy born in Tres Coracoes, Pele showed us that there is always a new path,” the CBF wrote. “The King gave us a new Brazil and we can only thank him for his legacy.”

In New York, where Pele received a $1 million-a-year salary to play in the fledgling North American Soccer League in 1975, fans thanked him for opening up the United States to the “beautiful game.”

“Pele helped transform the domestic landscape of the sport of soccer,” the New York Cosmos said in a statement. “Where once there had been baseball diamonds, now there were also soccer pitches.”

“He was a true believer in the Olympic values,” said Bach. “It was a privilege to present the Olympic Order to him.”

Following are reactions to his death from around the world:

His legacy is impossible to summarise in words.

To his family and friends, to CBF (Brazilian football federation), to Brazil and to all football fans who loved him so much, I express my sincere condolences.

Today, we all mourn the loss of the physical presence of our dear Pele, but he achieved immortality a long time ago and therefore he will be with us for eternity.

For a sport that brings the world together like no other, Pele’s rise from humble beginnings to soccer legend is a story of what is possible. Today, (first lady) Jill and I’s thoughts are with his family and all those who loved him.

Pele was one of the greatest to ever play the beautiful game. And as one of the most recognizable athletes in the world, he understood the power of sports to bring people together. Our thoughts are with his family and everyone who loved and admired him.

Pele The Great! Rest in peace! This was a good man.

Obrigado, Pele. No one did more for this sport here, and everywhere. Our thoughts are with his family and friends.

One of the greatest footballers in history has left us. We will always remember those years when Pele dazzled the world with his skills. A big hug to his family and to the people of Brazil who will carry him in their hearts.

Football lost the greatest in its history today – and I lost a unique friend. Football will be yours forever. Rest in peace Pele.

Pele has died. The most divine of footballers and joyous of men. He played a game only a few chosen ones have come close to. Three times he lifted the most coveted gold trophy in that beautiful yellow shirt. He may have left us but he’ll always have footballing immortality. RIP Pele

Today the world lost a great soccer legend, Pele, whose example of perseverance and love for the sport transcends generations.

Thank you for lighting up the field with your talent. We send our condolences to his family and to the entire country of Brazil.

With Pele’s passing, the world has lost a great sporting icon. As I could experience myself, he was a true believer in the Olympic values and a proud carrier of the Olympic flame. It was a privilege to present the Olympic Order to him.

The game. The king. Eternity.

My deepest condolences to all of Brazil, and in particular to the family of Mr. Edson Arantes do Nascimento. A mere “goodbye” to the eternal King Pele will never be enough to express the pain that embraces the whole world of football at this moment. An inspiration for so many millions, a reference of yesterday, of today, of always.

The king of football has left us but his legacy will never be forgotten. RIP KING …

Rest in peace, Pele. Thank you for the joy you brought to football fans around the world.

A legend, icon and true great of the game who will forever be remembered. Rest in peace, Pele.

Real Madrid C.F., its President and its Board of Directors deeply regret the death of world football legend Edson Arantes do Nascimento, Pele, one of the greatest players of all time.

Real Madrid would like to express its condolences to his family, his loved ones, his clubs, the Brazilian Confederation and all football fans in Brazil and around the world.

Barca deeply regrets the death of “Rei” (King) Pele, one of the greatest players of all time. With him, football became greater. May he rest in peace.

Pele broke our hearts in 1958 to score his first World Cup goal to knock Cymru out. Today our hearts are broken again. A true sporting legend. Our thoughts are with the people of Brazil and the world football family.

We are deeply saddened by the passing of Pele. We extend our condolences to the Brazilian people and the football family. Pele was @UNESCO Champion for Sport since 1994 and worked relentlessly to promote sport as a tool for peace. He will be greatly missed.

The King of Kings has died. Extraordinary player. Unique. Three times World Cup winner, more than 1,000 goals. My idol when young. He made football the beautiful game and truly international. My time playing alongside him in Escape to Victory was a dream come true. RIP Pele.

Who hasn’t dreamed, as a child, of being Pele? With his number 10, he put his technical virtuosity, his audacity, his creativity at the service of his teams and especially that of Brazil with whom he won three World Cups.

Pele was the alliance of beauty and efficiency. His talent and track record will remain forever etched in our memories. To his family, loved ones and the Brazilian people, I extend my sincere condolences and sympathy. The king will remain the king, forever.

Thank you for everything you gave to the world of football. RIP to a legend.

His legacy will be eternal. Rest in peace, king.

Today the world of football cries for the loss of O Rei. We say goodbye to a legend who will live eternally. Rest in peace, Edson Arantes do Nascimento, Pele. One of the greatest players to ever do it.

May Pele rest in peace, the great footballer and humble teacher who surely influenced players like Ronaldinho with his example, who stated in February 2021: “My father told me that it was better to learn to control the ball barefoot in order to have sensitivity in my feet and I promised him that I would control that ball like no other, but what really happened was that he didn’t have the money to give me a pair of shoes.”

One of my biggest inspirations for playing football. Since I was a kid I admired him, like everyone who understands and loves this sport. Forever Pele.

Today a great of world sport is leaving us once again. A sad day for the world of football, for the world of sport. His legacy will always be with us. I didn’t see him play, I wasn’t that lucky, but I was always taught and told that he was the King of football. Rest in Peace! O Rei!

US SECRETARY OF STATE ANTONY BLINKEN

Pele was a true legend; there was no one quite like him. But he also transcended the game and inspired generations on and off the field. My condolences to his family, friends, and fellow Brazilians – as well as to soccer fans around the world.

As a child I watched Pele at the World Cup on a black and white screen. My dad told me that he was the best soccer player in the world. Today I think my father was right. A message of solidarity to his family and all the people of Brazil who loved him so much. RIP.

Lost a legend today. Thank you for sharing your talent, genius and love with us. @Pele’s legacy will inspire us forever and always.

Very sad to hear the news that Pele, one of greatest footballers ever has passed away. He was a shining light for Brazil and millions around the world. His skill, smile and brilliance will live on forever. Our thoughts are with his family at this sad time. 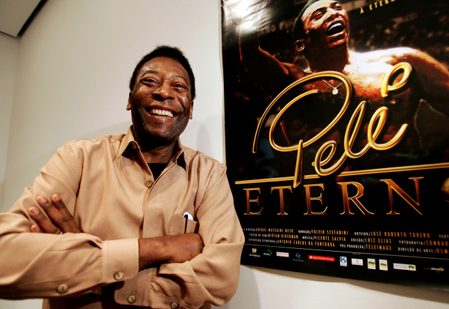