GOAT. Tom Brady retires from the NFL after 20 seasons with the New England Patriots and two with the Tampa Bay Buccaneers. 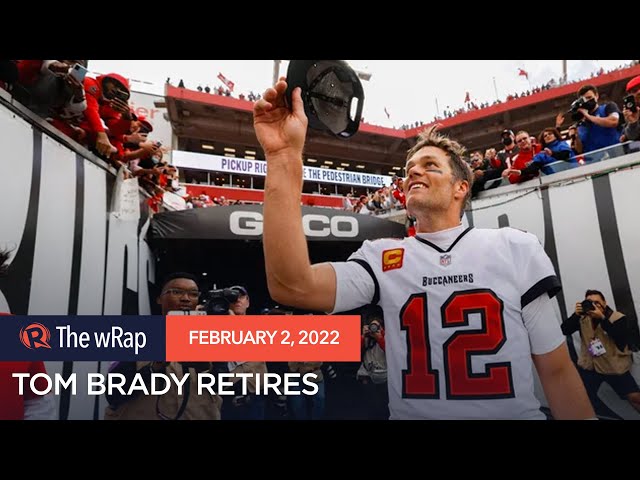 Tampa Bay Buccaneers quarterback Tom Brady, widely considered the greatest player in NFL history, announced his retirement on Tuesday, February 1, after a career during which he won a record seven Super Bowl championships.

The 44-year-old Brady spent 20 seasons with the New England Patriots, winning six Super Bowl titles, before relocating to Tampa Bay and leading the Bucs to a championship last season.

“I have always believed the sport of football is an ‘all-in’ proposition – if a 100% competitive commitment isn’t there, you won’t succeed, and success is what I love so much about our game,” Brady wrote on his social media accounts.

“There is a physical, mental, and emotional challenge every single day that has allowed me to maximize my highest potential. And I have tried my very best these past 22 years. There are no shortcuts to success on the field or in life.”

“This is difficult for me to write, but here it goes: I am not going to make that competitive commitment anymore. I have loved my NFL career, and now it is time to focus my time and energy on other things that require my attention.”

Brady’s decision follows a dominant season during which he led the NFL in touchdown passes and passing yards. He could win a fourth league Most Valuable Player trophy, which would make him the oldest player to win the award.

In his final game, Brady rallied the Buccaneers from a 27-3 second-half deficit against the Los Angeles Rams but his team got ultimately eliminated from the playoffs by a last-second field goal.

A Northern California native, Brady was selected with the 199th pick of the 2000 NFL Draft but went on to rewrite several records, including holding the mark as the all-time leader in passing yards, passing touchdowns, and quarterback wins.

He appeared in a record 10 Super Bowls, winning the game’s MVP award five times, and his 15 Pro Bowl selections is the most in league history.

A surefire first-ballot Hall of Famer, Brady’s decision to retire comes after conflicting reports over the weekend about his competitive future.

“I’ve done a lot of reflecting the past week and have asked myself difficult questions,” wrote Brady.

“And I am so proud of what we have achieved. My teammates, coaches, fellow competitors, and fans deserve 100% of me, but right now, it’s best I leave the field of play to the next generation of dedicated and committed athletes.” – Rappler.com