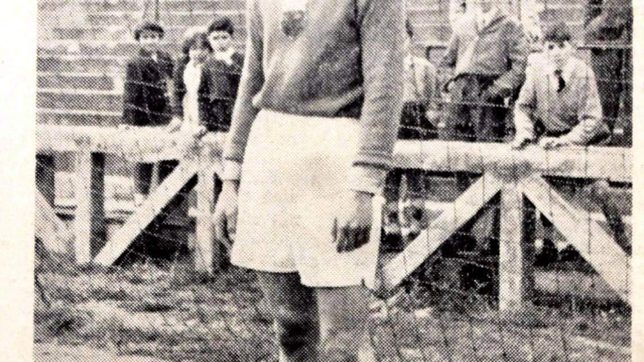 STANDOUT. Vic Sison starred for the national football team in his teens.

Vic Sison, one of Philippine football’s best goalkeepers, died on Thursday, October 14, at the age of 84 due to the coronavirus.

”[He] would have been 85 in December,” Sison’s son Philip told Rappler.

The 5-foot-11 Sison was a strong leaper in getting corner kicks, rushed out of the box to tackle forwards, and despite his youth, guided the older fullbacks in defense.

“He was the best goalie in the 1950s,” said former Philippine Football Federation president Johnny Romualdez in a phone interview.

Asked how he was able to guide the defense and tend goal, Sison said in a 2014 interview for a football book: “You do your best and try not to show it if things do not work out.”

Sison was honed by Ateneo coach Teodoro Erechun, who made the Blue Eagles into a football power in the NCAA before Mapua later dominated.

In a testament to his skill, Sison was always recruited by the Lions, who ruled the Manila Football League from 1955 to 1962, when they faced foreign teams in exhibition matches.

Sison later retired at the age of 21 as he had to earn a living. His two teammates, Ocampo and Eddie Pacheco later became famous in basketball, although from time to time, Pacheco would suit up once for the national football team.

Sison was also behind the creation of the Ateneo Sports Hall of Fame, which honors the alumni’s achievements in Philippine sports.

Housed at the Moro Lorenzo Gym, it depicts the past admirably, the history which should not be forgotten, especially of a young high schooler who became one of the country’s best goalies. – Rappler.com