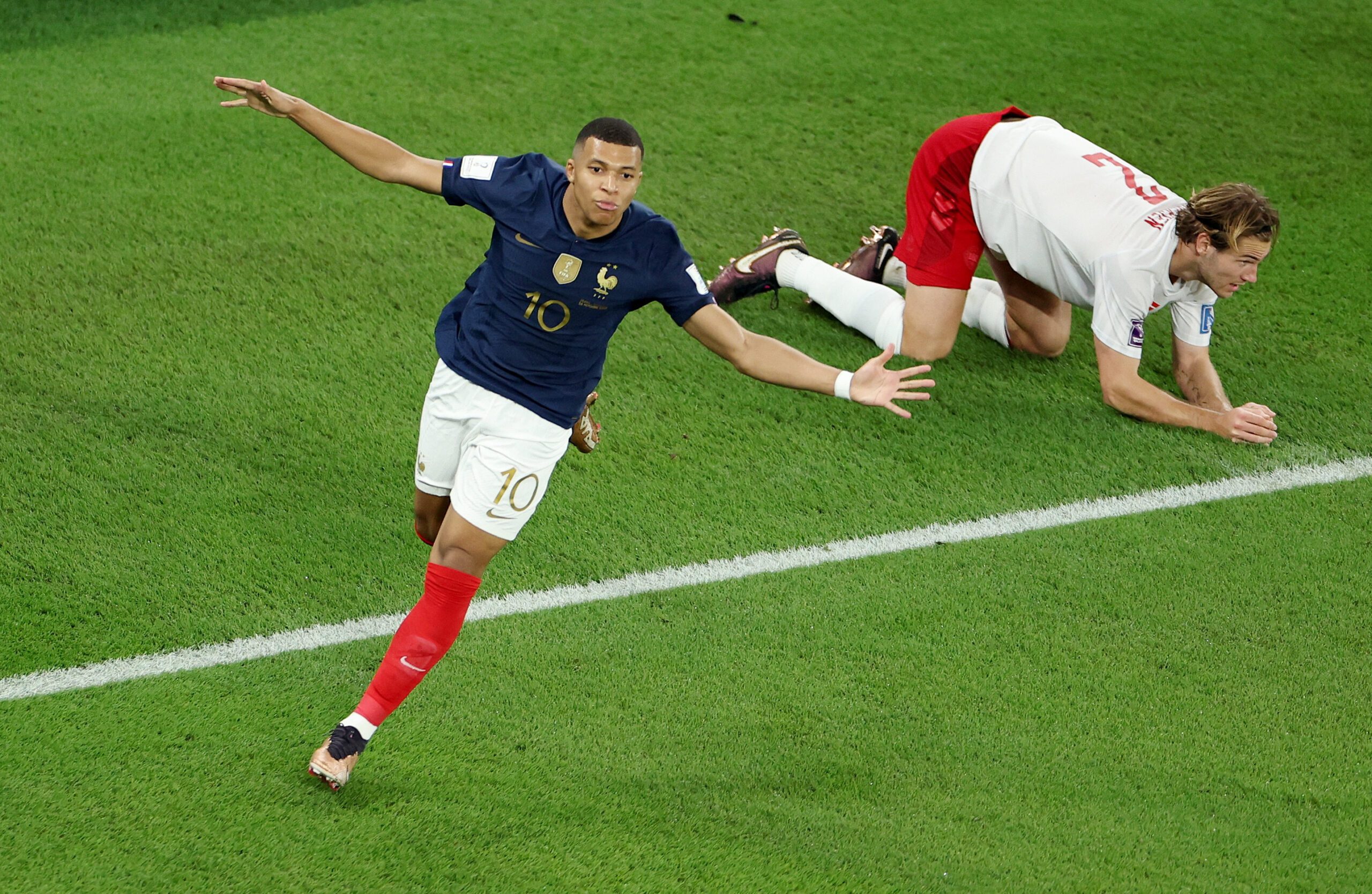 DOHA, Qatar – Kylian Mbappe crowned an exhilarating individual performance with two second-half goals to make defending champion France the first side into the last 16 of the World Cup as they beat Denmark 2-1 in their Group D clash at the 974 Stadium on Saturday, November 26 (Sunday, November 27, Manila time).

Mbappe’s goals sent France top the group on six points, three ahead of Australia, who beat Tunisia 1-0 earlier in the day, with the Danes and the Tunisians both on one point.

“The first objective has been achieved,” French coach Didier Deschamps said of their qualification in a post-match TV interview. “This group is strong, solid and wants to achieve great things.”

France takes on Tunisia, and Denmark meets Australia in the final round on Wednesday, with the Danes needing a win to advance.

Having lost twice to Denmark during the recent Nations League campaign, France started cautiously. But it was not long before they realized there were opportunities to be had by taking on the Danish wing backs.

Ousmane Dembele tormented Joakim Maehle and a wave of excitement swept around the stadium, which is made out of 974 recycled shipping containers, every time Mbappe got one-on-one with Rasmus Kristensen on the other flank.

The first half saw France enjoy the better chances as Adrien Rabiot went close with a header and Denmark were forced into a number of last-ditch blocks, but the Danes did go close with an Andreas Cornelius shot that flew just wide.

Their defensive resilience was not to last and Mbappe put the French ahead in the 61st minute, crowning a superb high-speed French counter with a bouncing first-time finish from Theo Hernandez’s clever pull-back.

Always a danger from set pieces, defender Andreas Christensen put the Danes level seven minutes later, stealing in behind the defense and stooping to head home with Denmark’s first effort on target.

Neither side seemed content with a draw and Rabiot fired a spectacular volley over in the 80th minute, and a minute later Denmark substitute Martin Braithwaite fired a first-time effort of his own just wide of the near post.

The game looked set to end in a stalemate until Mbappe popped up in the 86th minute at the far post to cushion home an Antoine Griezmann cross from close range to restore the lead to send the traveling French fans into raptures.

Denmark threw everything forward looking for a second equalizer, leaving acres of space at the back, but their late attacks lacked precision and the French held on for the win that put them through.

“It was the small things again,” a frustrated Kasper Hjulmand told Denmark’s TV2. “We had hoped that we could close it out, it was like the game had gone a little bit cold, but it was simply small things.”

Mbappe’s brace took his international total to 31 in 61 games for France, putting the 23-year-old level with Zinedine Zidane and 20 goals behind Olivier Giroud and Thierry Henry, France’s joint record goal-scorers.

“What can I say, I’ve said it before – he’s an exceptional player. He has the ability to be decisive, to stand out from the crowd and make a difference in games,” Deschamps said of his goal-poaching star.

“We now have peace of mind going into our third game as we have already sealed our spot in the last 16, and we’re hopefully going to finish top of the table,” he added.

The French will face one of the teams from Group C – Poland, Saudi Arabia, Mexico or Argentina – in the last 16.

“We are very competitive and there is a great team spirit, both on and off the pitch, and we’ll need that for what is waiting ahead,” Deschamps said. – Rappler.com