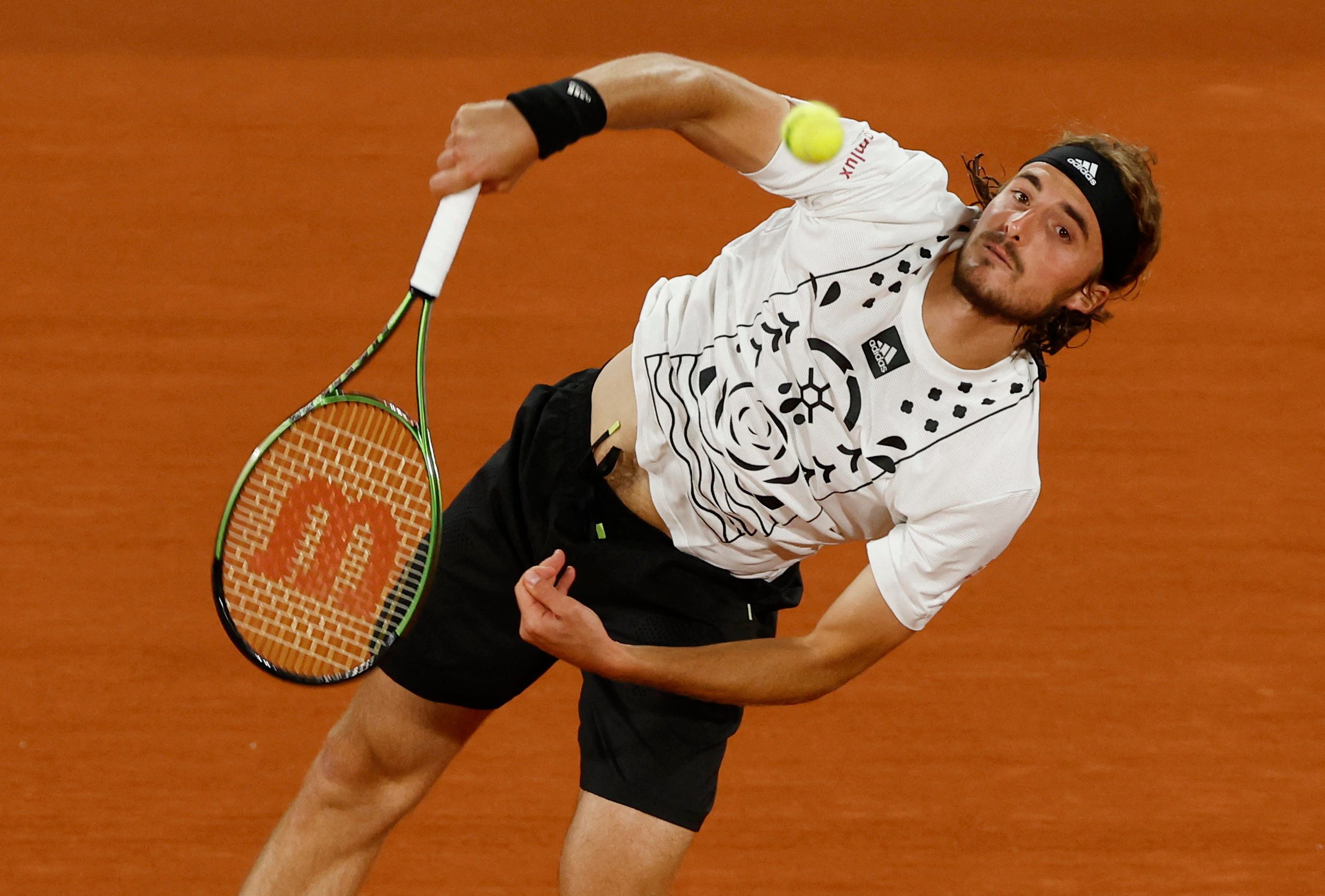 COMPOSURE. Greek Stefanos Tsitsipas made the most of Italyian Lorenzo Musetti's nerves.

Facebook Twitter Copy URL
Copied
World No. 4 Greek star Stefanos Tsitsipas roars back from two sets down to advance to the second round of the French Open

The Greek fourth seed was out of sorts in the first two sets before finding his range to set up a meeting against Czech Zdenek Kolar.

“It was a great first round. I’m going to keep working hard to improve and build a relationship with the crowd here,” Tsitsipas said on Court Philippe Chatrier.

Musetti last year took the first two sets against Novak Djokovic in the last 16 before injury forced the Italian to retire.

On Tuesday, Musetti broke decisively in the 11th game in the opening set when an unforced error from Tsitsipas gave him a 6-5 lead. The Italian followed up on serve and took a one-set lead as his opponent buried a backhand into the net.

Musetti carried the momentum into the second set, racing to a 4-0 advantage as Tsitsipas continued to falter.

But the Greek found his range to stem the bleeding, pulling a break back.

Musetti served for the set at 5-4 and after first missing out with a double fault, he took a two-set lead when Tsitsipas made yet another unforced error.

Tsitsipas cantered into a 3-0 lead in the third set, maintaining the advantage to reduce the arrears.

The Greek moved 2-0 up in the fourth set, saved a break point in the third game to extend his advantage, only for Musetti to break back with a forehand winner.

But Tsitsipas made the most of his opponent’s nerves to break again and go 4-2 up before leveling the contest.

The Italian had run out of gas and Tsitsipas was business-like as he wrapped up the match late in the night to extend his stay in Paris in the bottom half of the draw, where he will not have to meet defending champion Novak Djokovic or 13-time winner Rafael Nadal. – Rappler.com