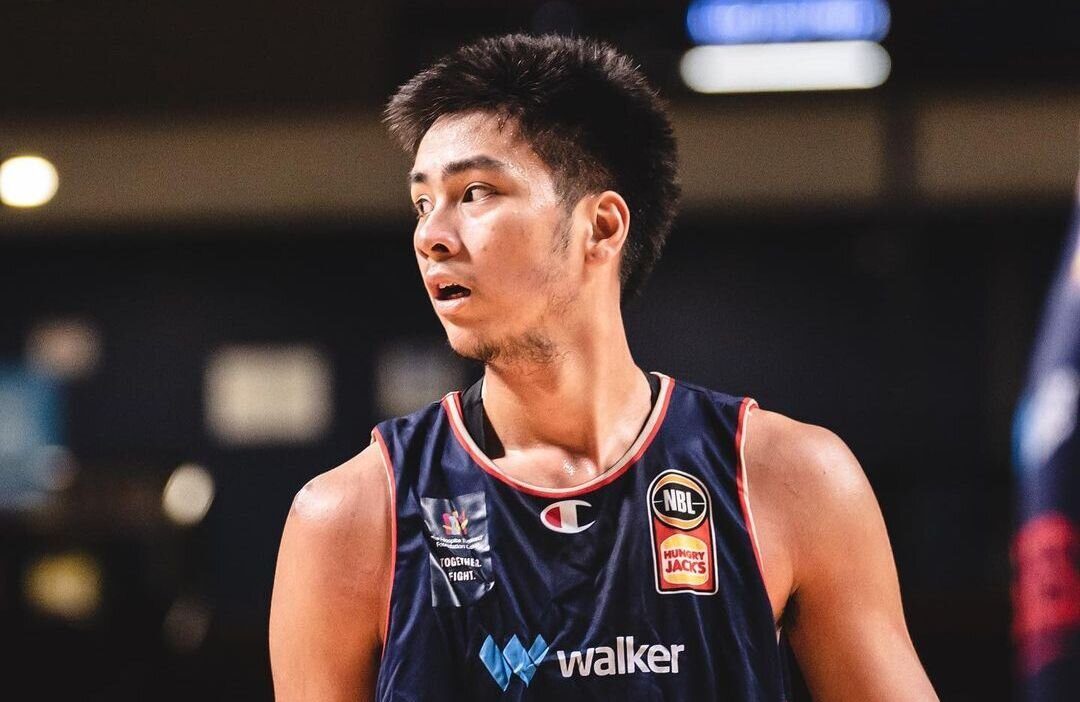 TOUGH. Kai Sotto and the Sixers absorb a home loss against the league's top team.

MANILA, Philippines – The Adelaide 36ers failed to upstage the top-ranked squad in the Australia National Basketball League (NBL) as the Melbourne United cruised to a 97-78 road blowout on Saturday, January 22.

Filipino star prospect Kai Sotto, however, was the team’s lone bright spot in the home loss as he reset his pro career-highs with 6 points, 8 rebounds, and 1 steal on 3-of-5 shooting in 16 minutes off the bench.

After three quarters of staving off multiple Adelaide comeback attempts, Melbourne finally broke free for good early in the final frame, as a Jo Lual-Acuil dunk at the 7:27 mark capped off a 10-0 run for the 82-64 lead.

Sotto still managed to drop in a dunk and a layup midway through the frame, before Mason Peatling peaked the Melbourne lead at 20, 93-73, off a jumper with 2:51 left in regulation.

Meanwhile, Australian national team player Chris Goulding matched his teammate with 18 markers as well, built entirely off a 6-of-12 clip from three, while former NBA player Matthew Dellavedova stuck to a facilitator role with 3 points and 7 assists.

Both Dellavedova and Goulding are both known to Filipino fans for their involvement in the infamous “basketbrawl” between Gilas Pilipinas and the Australian national team in 2018.

Dellavedova’s fellow ex-NBA player Cameron Bairstow paced the Sixers in the loss with 18 points and 8 boards, while young guard Dusty Hannahs led the bench mob with 12 markers in just 18 minutes.

The Sixers now aim to improve their 3-4 record with a rematch against Melbourne on Sunday, January 30, 10 am (Manila time), still on Adelaide home turf.