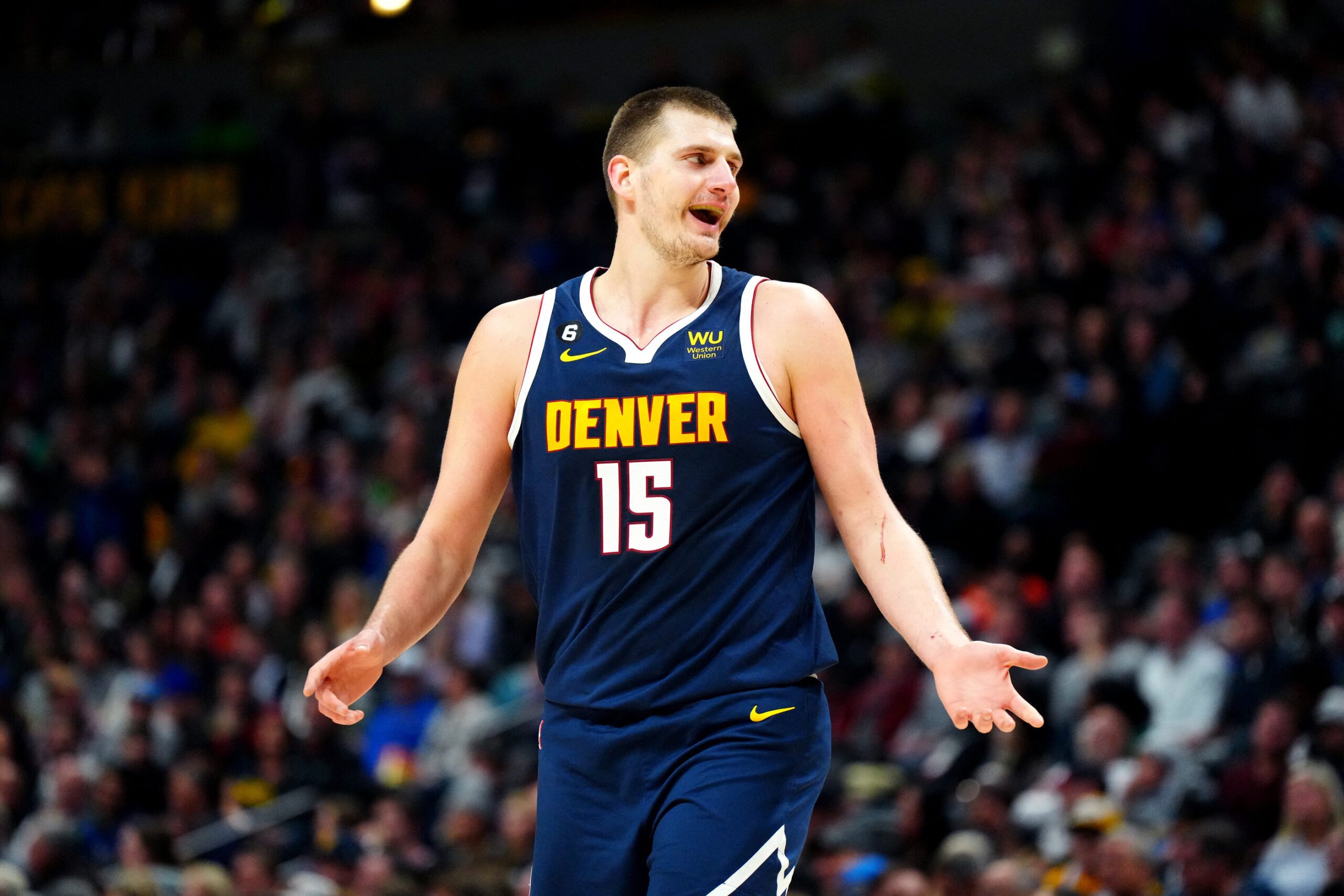 DOMINANT. Nuggets center Nikola Jokic reacts in the second half against the Trail Blazers.

Nikola Jokic had 36 points, 12 rebounds, and 10 assists for his NBA-leading 13th triple-double of the season as the host Denver Nuggets beat the Portland Trail Blazers, 122-113, for their seventh consecutive win on Tuesday, January 17 (Wednesday, January 18, Manila time).

Denver played the game without head coach Michael Malone after he was placed in health and safety protocol on Tuesday morning. Assistant David Adelman served as the acting head coach.

Malone is likely to miss the Nuggets’ Wednesday home game against the Minnesota Timberwolves, too.

Damian Lillard scored 44 points – the third time in four games he put up 40 or more – for the Trail Blazers, who have lost eight straight road games.

Jerami Grant had 18 points, Anfernee Simons added 14 and Shaedon Sharpe finished with 13 for Portland, which had won its previous two contests.

In the first half, Lillard was 8-for-12 from the field, 6-for-9 from behind the three-point arc, and 8-for-8 from the foul line for 30 points. It was the second time he has scored at least 30 in a half against Denver this season, after a 32-point second half on December 8 in Portland.

Despite his output, the Blazers trailed, 73-67, at intermission.

Murray heated up at the start of the third quarter, hitting a pair of three-pointers as the Nuggets built an 11-point lead.

Portland answered with three straight layups, but Porter drained two triples to push the lead to 95-82.

Denver took a 101-89 advantage into the fourth quarter.

Zeke Nnaji’s three-pointer early in the final period gave the Nuggets a 104-91 lead, but Lillard answered with a free throw, a layup, and three more from the line to get the Blazers within 106-99 with 7:51 left.

Denver put it away with a 13-0 run as Portland went without a point for four minutes. – Rappler.com