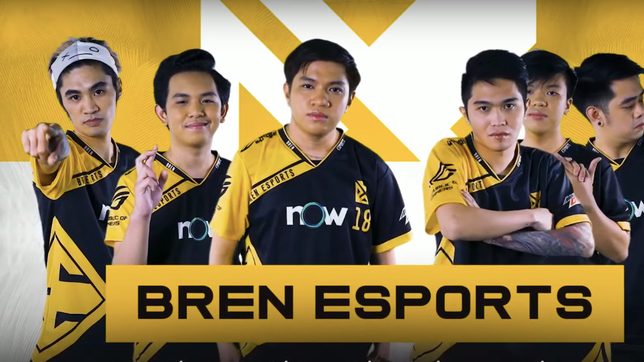 NEXT LEVEL. Bren Esports ends the regular season of the Mobile Legends Professional League Philippines with a crucial win.

Bren Esports secured its upper bracket seat in the playoffs of the Mobile Legends Professional League Philippines (MPL PH) after thwarting Omega Esports in the final elimination round series of Season 7.

Dropping the series opener, reigning MPL PH champion Bren completed a reverse sweep against Omega, 2-1, in a rematch of Season 6 finalists on Sunday, May 16.

Although tied with Work Auster Force with 23 points, Bren claimed an upper bracket berth and the No. 2 seed in Group A by virtue of winning their season series.

CJ “Ribo” Ribo starred for Bren in Game 3 with 5 kills and 5 assists against 1 death as he posed several problems for Omega, particularly in the late game, with his almost unkillable Uranus.

Despite the loss, Omega still clinched an upper bracket seat and the No. 2 seed in Group B.

Omega, which ended the regular season with 21 points, needed to win only one game to beat out Execration, which has 20 points, for a place in the upper bracket playoffs.

Bren will see its championship mettle tested in the upper bracket playoffs as it goes up against Group B leader Blacklist International, which won all but one of its 13 matches after sweeping Onic PH earlier in the day.

It’s Bren, though, that dealt Blacklist its lone series loss in Season 7.

Omega, meanwhile, will face Group A leader Aura PH, which will head into the upper bracket playoffs riding on a two-game skid following a 1-2 loss to Execration on Sunday.

All matches will be best-of-five affairs. – Rappler.com