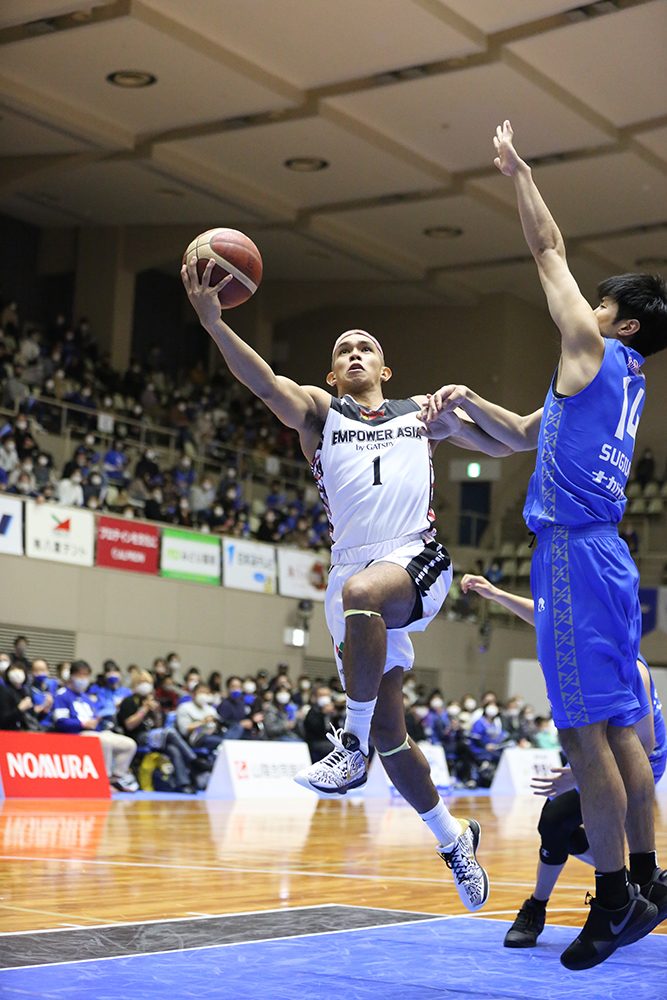 TOUGH GAME. Thirdy Ravena absorbs his fourth straight loss with the San-en NeoPhoenix in the Japan B. League.

Defending champion Alvark Tokyo swept San-en NeoPhoenix in another blowout win, 88-65, to cap off their back-to-back weekend games on Sunday, November 15, at the Arena Tachikawa Tachihi in Tokyo, Japan.

Tokyo achieved its goal of finding its footing back after absorbing losses to Shiga and Niigata and goes up 10-5 in the standings.

San-en, though, dropped further down the cellar with a 2-13 card as Thirdy Ravena and his team absorbed their fourth straight loss.

Although Ravena gave San-en NeoPhoenix a boost with a bucket inside to start the game, the B. League defending champions caught fire in the 2nd quarter with a massive 22-9 run.

Tokyo struggled from beyond the arc in the 3rd quarter, but San-en failed to capitalize on the chance and only managed to cut the deficit to 10, 57-47, at the 3:20 mark.

Former Cleveland Cavaliers center Alex Kirk bullied his way through the game, recording a double-double of 17 points and 14 rebounds to lead the defending champions.

Although it was another tough lesson for Ravena in his fifth game in the B. League, the Filipino stalwart managed to bounce back from his single-digit scoring with 13 points, to go with 5 rebounds.

After back-to-back lackluster games, Serbian Stevan Jelovac topscored once again for San-en with a double-double of 19 points and 16 boards.

San-en NeoPhoenix will take a break and return to B. League action versus the Sun Rockers Shibuya for back-to-back away games starting on December 2.