Ravena, San-en absorb another blowout loss to B. League No. 5 Kawasaki 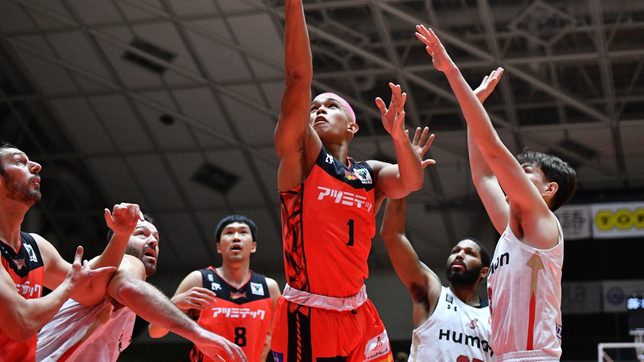 LIMITED. The Kawasaki Brave Thunders limit Thirdy Ravena to only 4 points in the game.

In Ravena’s second game back from injury, the Brave Thunders managed to limit him to only 4 points, as the visiting team also impressed with a total of 33 team assists.

Kawasaki relied on its strong start that allowed them to cruise to a 27-point lead at the half, 55-28.

Though the Brave Thunders held most of the lead, San-en showed signs of life in the 3rd quarter as American-Jamaican Kyle Hunt led the home team’s comeback effort with 10 points.

However, San-en failed to sustain it as the visiting team pulled away and stretched the lead to as many as 32 points, 103-71, in the dying seconds of the game.

Hunt led the way for the NeoPhoenix with 18 points.

San-en hopes for a better showing in front of its fans in its second straight game against Kawasaki on Sunday, April 4, 1:05 pm, Manila time.