Swimmer Gary Bejino will take the honors of opening the country’s Paralympics campaign on Thursday, August 26, when he competes in the men’s SM6 200-meter individual medley at the Tokyo Aquatic Center.

Bejino, who won back-to-back gold medals in the past two stagings of the ASEAN Para Games, will take the plunge in heat 2 of the event in lane No. 7 at 8:32 am, Philippine time.

Only the top eight swimmers of the event will advance to the finals scheduled at 4:22 pm, Philippine time.

Powerlifter Achelle Guion, who was also set to compete Thursday, will not be able to join Bejino in opening the grand festivities after she tested positive for COVID-19 before leaving for Tokyo.

Swimming coach Tony Ong said Bejino felt a bit nervous by the fact that this is his first World Para Games, but he reassured the athlete that he should just enjoy the process and aim for a finals berth.

“Medyo kinakabahan po kasi ako ang unang sasabak sa atin pero kaya pong labanan (I’m nervous because I’m the first to compete in the delegation),” said the 23-year-old athlete, who was electrocuted at the age of seven that left his entire body badly burnt and prompted attending doctors to amputate his right arm and left leg.

The swimmer’s illustrious teammate, Ernie Gawilan, who won a pair of gold and silver medals in the 2018 Asian Para Games in Jakarta, Indonesia, is set to make his debut in the men’s SM7 200-meter individual medley event on Friday. 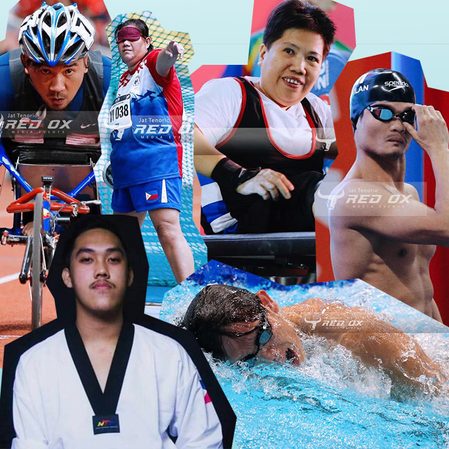 Ong said Bejino and Gawilan swam 3,000 meters each – or 60 laps in a 50-meter pool – last Tuesday and were tapering off, so he merely did buildup swims and practiced their dives on Wednesday.

Former national swimming standout turned coach Ral Rosario, who has also handled both swimmers, had only praises for both, citing not only their skill and talent but excellent work ethic.

“Ibang klase ‘yung determination ni Gary and ni Ernie (The determination of Gary and Ernie is something else). They are able to block out pain and you can push them as hard as you can and they don’t complain,” Rosario, a gold medalist in the men’s 200-meter freestyle in the 1978 Bangkok Asian Games, noted in an interview from Manila.

“They (Bejino and Gawilan) are very trainable, and they accept what coaches tell them to do. It’s very hard to find athletes with that same kind of mentality,” said Rosario, a two-time Olympian, who was the chef de mission of the national paralympic squad in the 2015 ASEAN Para Games in Singapore.

Rosario said he has kept tabs regularly with Ong.

“He keeps me updated on the two swimmers. When he has concerns, he calls me up and we talk about it,” added Rosario. – Rappler.com