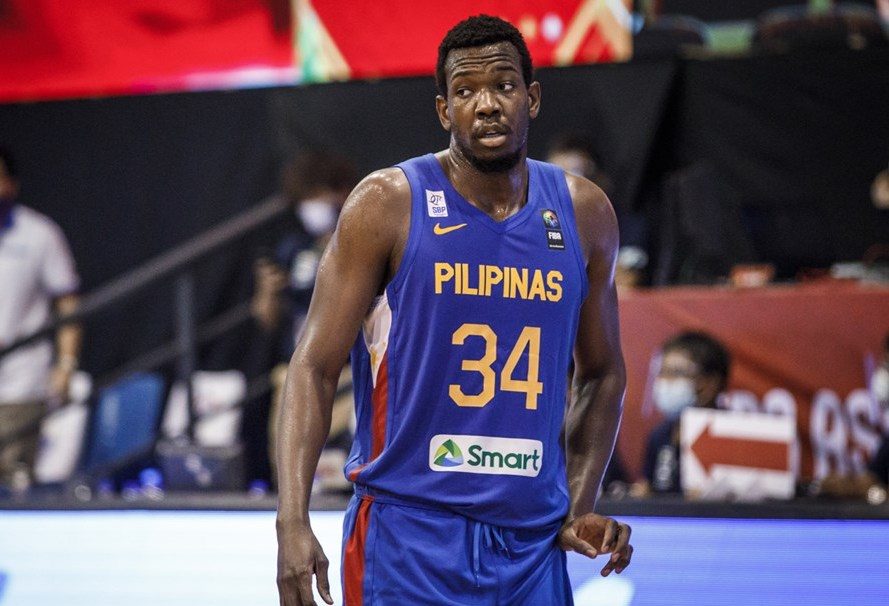 SIDELINED. Gilas stalwart Ange Kouame may also not see action for the Ateneo Blue Eagles in the UAAP.

With this latest unfortunate development, the SBP said the naturalized Filipino will not join the team in its friendly games against South Korea, and is also doubtful for the upcoming third window of the FIBA 2023 World Cup Asia qualifiers, and the 2022 Asia Cup.

The 24-year-old Kouame last played for Ateneo in the UAAP, where he was recently named league MVP before the Blue Eagles fell in a three-game finals series against UP.

As for the national team, the Ivorian-born big man last suited up in the February window of the World Cup Asia qualifiers – where he averaged 5.5 points, 6.5 rebounds, 1.5 steals, and 1.5 blocks – alongside Thirdy Ravena, Dwight Ramos, and the PBA’s TNT team.

Depending on the severity and the rehab progress of the ACL tear, Kouame may also not be available immediately for Ateneo once the UAAP Season 85 basketball tournament kicks off in September or October this year. – Rappler.com