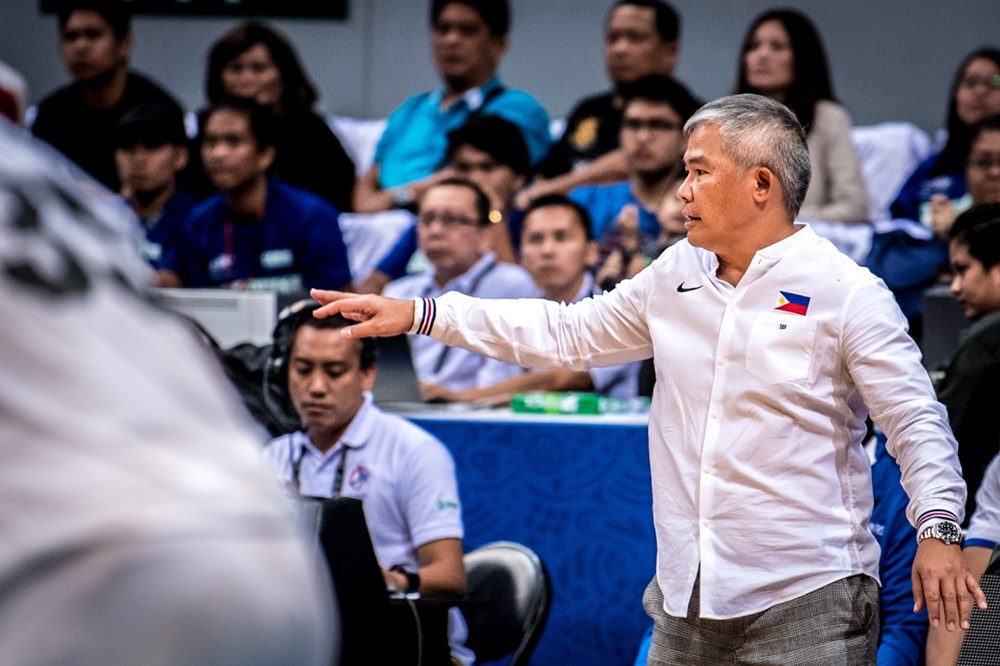 BACK AT IT. Chot Reyes will be tasked to guide Gilas Pilipinas in its preparations for the 2023 FIBA World Cup.

Facebook Twitter Copy URL
Copied
After more than three years, Chot Reyes finds his way back to his previous post as head coach of Gilas Pilipinas

MANILA, Philippines – Chot Reyes will once again call the shots for Gilas Pilipinas.

Reyes returns as national team head coach as Tab Baldwin stepped down from his post ahead of the FIBA World Cup Qualifiers, the Samahang Basketbol ng Pilipinas (SBP) announced on Monday, January 31.

The SBP said Baldwin, who guided the Nationals in completing a sweep of FIBA Asia Cup Qualifiers last year, has decided to focus on his role as head coach of the Ateneo Blue Eagles in the UAAP.

According to the SBP, the delays caused by the pandemic created an overlap in schedules between the upcoming UAAP season and the World Cup Qualifiers for Baldwin.

“It will be an honor to serve the country again. It is a big challenge but I cannot turn my back on the country,” Reyes said in a mix of Filipino and English.

The architect behind the country ending a 36-year absence in the World Cup, Reyes eyed a return trip to the quadrennial showpiece in 2018 only to witness his stint cut short after the national team figured in a full-blown brawl with Australia.

FIBA suspended Reyes for one game and the multi-titled tactician eventually lost his post, with Yeng Guiao replacing him.

But after making his coaching comeback in the PBA for TNT and steering the Tropang Giga to the 2021 PBA Philippine Cup title, Reyes has also found his way back to Gilas Pilipinas.

“Chot is the sensible choice to take over Gilas’ coaching because he is very familiar with the program. He also has solid experience in international competition and FIBA games,” said SBP chairman emeritus Manny Pangilinan.

“Considering the high-level performance expected of Gilas, we decided to go with the coach who brought the country back to the FIBA World Cup in 2014,” Panlilio said.

Work starts immediately for Reyes as Gilas Pilipinas takes on Korea, New Zealand, and India later in February, with the country hosting the first two windows of Group A games for the World Cup Qualifiers. – Rappler.com