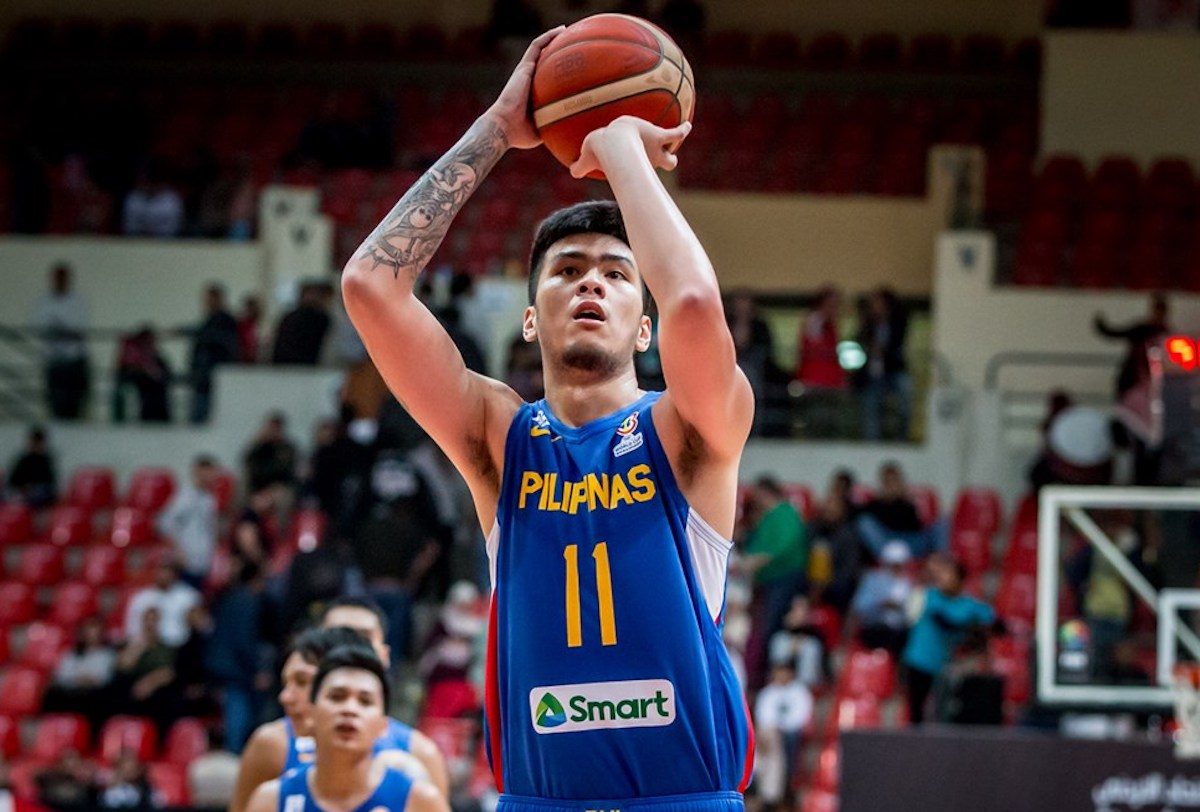 But Sotto rose to the occasion after being repeatedly benched as he figured prominently in the Philippines’ 74-66 road win over Jordan in the fifth window of the FIBA World Cup Asian Qualifiers.

The 7-foot-3 big man finished with a team-high 16 points on top of 7 rebounds and 2 blocks to make up for his earlier struggles that saw him get outplayed by his Jordanian counterparts.

In particular, Sotto played just under a minute in the second quarter after his entry paved the way for the hosts’ five-point swing.

Sotto entered the period with 5:40 minutes left before head coach Chot Reyes immediately pulled him out and sent him back to the bench, where he received sage advice from deputy Tim Cone.

“I think that is the value of having good assistants,” said Reyes.

“When we took Kai off the game, I specifically told coach Tim, ‘Talk to him, Tim.’ Talk to him to be able to tell him exactly why he was being taken out and what we’re looking from him.”

The same thing happened in the third quarter as Sotto subbed in late in the period only to get subbed out 1:30 minutes later following his turnover.

Sotto, though, did not lose confidence as he showed the way in the final frame, where he scattered 7 points and hauled down 3 rebounds, a pair coming on the offensive end.

“When we inserted him and he had that turnover, we took him out again just to be able to deliver that point,” Reyes said.

“That was a crucial moment because Kai could have just gone into a funk and just lost interest in the second half. But to his credit, he came out and we shifted the matchups a little bit and Kai dominated.”

“He got defensive rebounds, then he scored, and he was a presence on defense.”

After his first three games in the Asian Qualifiers, Sotto leads all Gilas Pilipinas locals in scoring (14 points) and all players in rebounding (9.3 rebounds), and shot-blocking (2.7 blocks).

“That is what we need from him. I had a talk with him after the game and that is exactly what we discussed,” Reyes said. – Rappler.com