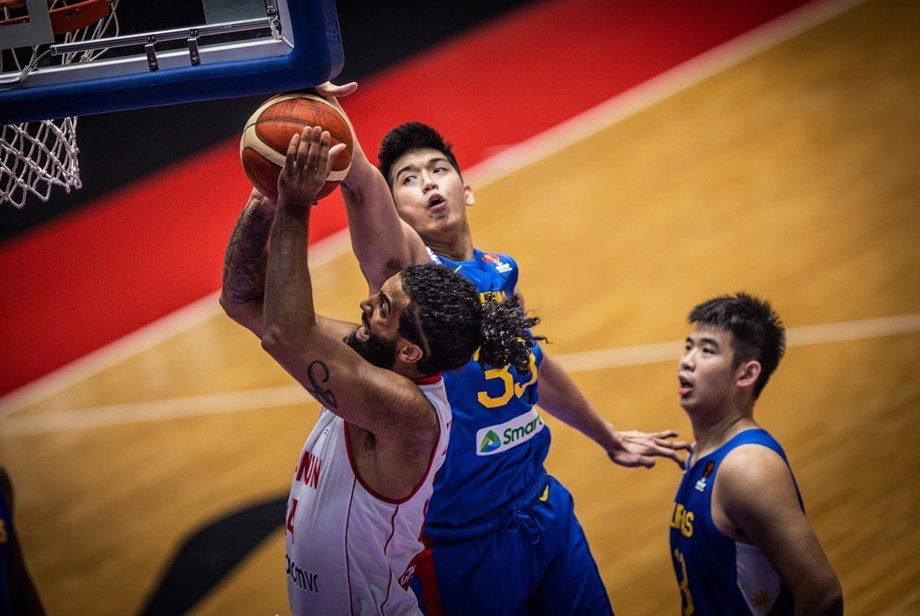 MANILA, Philippines – Chot Reyes hailed the development of his younger players even as Gilas Pilipinas absorbed a 95-80 loss to Lebanon to open the FIBA Asia Cup on Wednesday, July 13.

Reyes keeps his focus on the bigger picture that is the FIBA World Cup next year, saying that playing against better teams will work wonders for the national squad.

“For us, it is a great learning experience,” said Reyes, who earlier declared a top-eight finish is the Philippines’ modest goal in the Asia Cup.

“We have very young team here and for them to be able to experience this kind of very high level of competition, I think that is the most important.”

Although the Lebanese enjoyed a 22-point lead and cruised to a 15-point romp, the win did not come without a scare as the Filipinos staged a fearsome comeback ignited by Carl Tamayo.

But Hayk Gyokchyan restored order for Lebanon with a three-point play a couple of possessions after as his side closed the game out.

Gyokchyan, a 6-foot-8 forward, particularly gave the Philippines headaches with his stellar in-and-out game as he shot a 4-of-5 clip from long distance to finish with 19 points.

Six-foot-nine big man Jonathan Arledge also proved to be a thorn in the Filipinos side after going 2-of-3 from beyond the arc and chalking up 19 points.

For Reyes, going up against players like Gyokchyan and Arledge will help Gilas Pilipinas down the road.

“Our power forwards Carl Tamayo and Kevin Quiambao have played a grand total of one year in college. So this is a huge experience for them,” Reyes said.

“And Geo Chiu is not even the starter of his own collegiate team, so you can imagine the kind of experience and learning he is getting from this experience.”

“I’m very pleased with their progress and their ability to fight it out. Sure, the Lebanese players were really very skilled, but that is the only way to learn, right? To play against superior talent.”

As far as shooting is concerned, Lebanon gave the Philippines a taste of what is to come for the rest of the Asia Cup: agile bigs who are able to rotate on three-pointers.

“We’ve learned from way back – our shooters – when you’re in international competition and you have this 6’6, 6’8, 6’9 guys flying at you, the ability to make shots is different,” Reyes said.

“The only way they can improve is to get used to that.”

Gilas Pilipinas looks to redeem itself and get its first Asia Cup win when it faces India on Friday, July 15. – Rappler.com