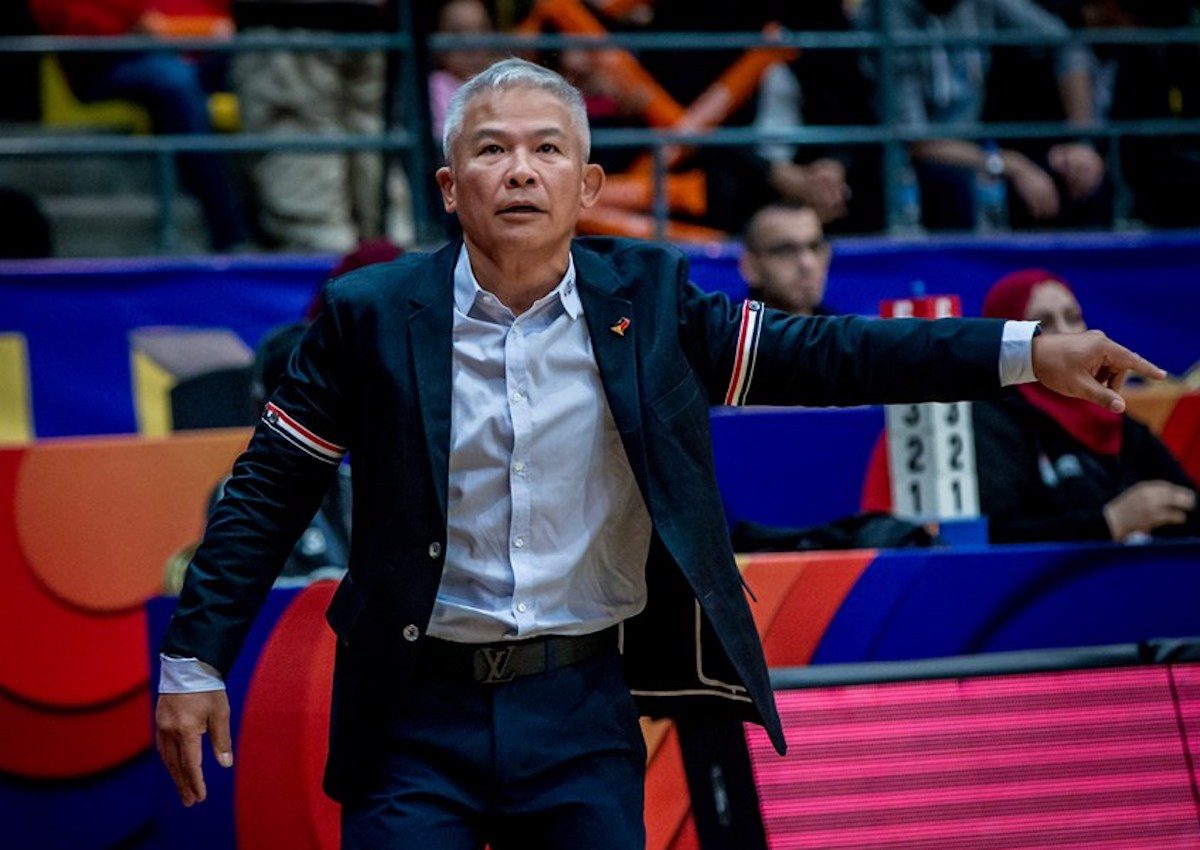 MANILA, Philippines – Defense proved to be Gilas Pilipinas’ calling card as it beat Jordan on the road in the fifth window of the FIBA World Cup Asian Qualifiers.

Head coach Chot Reyes praised how the Filipinos put the shackles on the hosts in the second half en route to a convincing 74-66 win on Thursday, November 10 (Friday, November 11, Manila time).

The Jordanians’ 66 points were below their average of nearly 75 points in their first eight games.

“We were able to hold them below 70 points, so I think that speaks well of our ability to defend. Our defense carried us to victory,” Reyes said.

Jordan led 41-37 at halftime behind naturalized guard Dar Tucker, who unloaded 14 first-half points, before the Falcons were limited to only 10 points in the pivotal third quarter as the Philippines seized a 58-51 advantage.

Gilas Pilipinas never trailed again en route to its first road win in the Asian Qualifiers, with Tucker contained to just 9 points in the last two quarters to finish with 23 points.

Ahmad Al Dwairi added 18 points for the hosts, but no other Jordan player scored in double figures in the loss that saw the Falcons shoot a meager 12% from beyond the arc and tally more turnovers than assists (21-20).

“Obviously we’re very happy with the result,” Reyes said. “We really focused on our defense, being able to stop their main players.”

The twin towers of Kai Sotto and Ange Kouame protected the paint with 2 blocks each, while Dwight Ramos pestered Jordan with a team-high 4 steals to make up for his quiet offensive performance.

“We have very high respect for the Jordan basketball team. We’ve played them so many times already in the past,” Reyes said.

Hiking its record to 4-3, the Philippines eyes its third straight win as it plays another road game against Saudi Arabia in Jeddah on Sunday, November 13 (Monday, November 14, Manila time). – Rappler.com