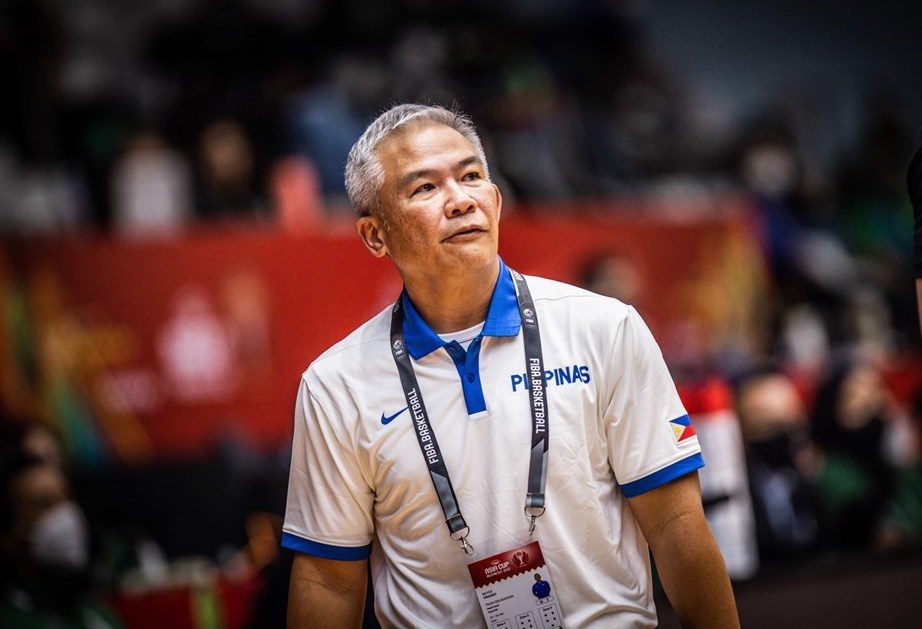 MAN AT THE HELM. Chot Reyes faces a giant task of forming the best team possible for the FIBA World Cup.

MANILA, Philippines – The chance to see what does and does not work for Gilas Pilipinas will be utilized in the fourth window of the FIBA World Cup Asian Qualifiers this August.

Head coach Chot Reyes reiterated the FIBA World Cup remains the priority as he and his staff – including Tim Cone and Nenad Vucinic – look to evaluate roster composition in their bid to form the best team possible.

“I’ve always been very optimistic … that we are going to put a great team together. But not now,” Reyes told reporters on Sunday, August 7.

“We’re taking a look [at the players],” he added. “This is an opportunity to study.”

Although the goal is to compete in the Asian Qualifiers, that is not the primary concern for Gilas Pilipinas considering the country is already qualified for the World Cup as one of its three hosts.

The Philippines will take on Lebanon in an away game on August 25 to start the fourth window before wrapping it up with a home game against Saudi Arabia on August 29.

“Coach Tim said it himself, we really do not need to win the game against Lebanon,” Reyes said in a mix of Filipino and English following their coaches’ meeting on Saturday.

“We really need to continue figuring things out and learning and developing and growing. I’m very optimistic that we are going to put the best team together come August 2023.”

Filipino-American NBA player Jordan Clarkson is expected to reinforce Gilas Pilipinas in the fourth window, where he will be joined by PBA players from the 10 eliminated teams in the Philippine Cup.

“Everything we’re doing has only one objective. That is to put the best team forward – prepare and assemble the best team,” Reyes said.