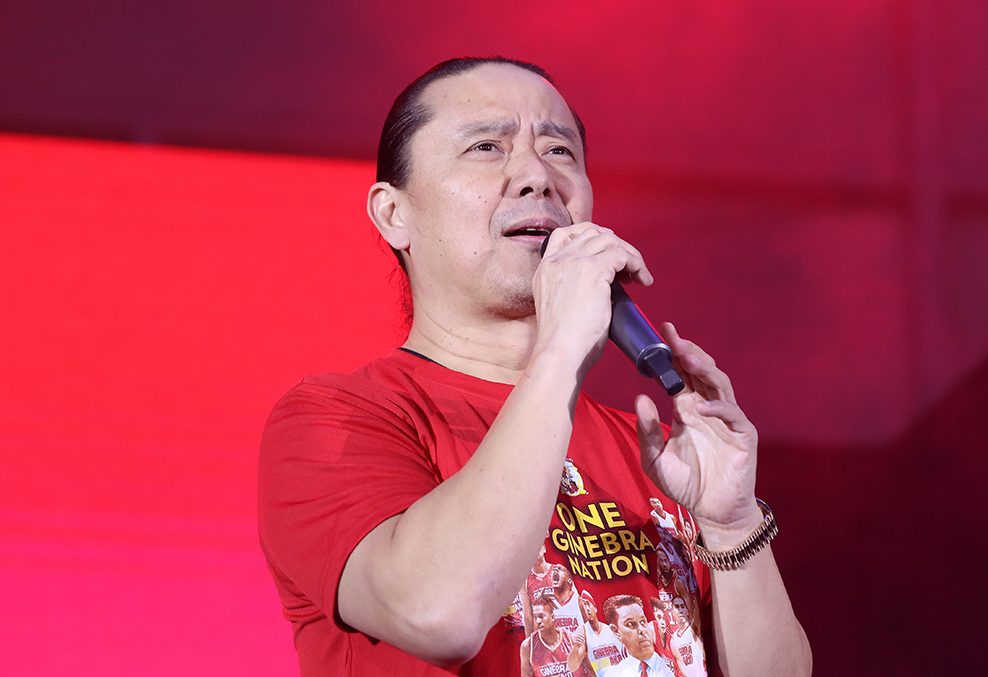 The addition of Chua to the pack of SBP officials is seen as a major step in rivals SMC and MVP group joining forces for the global hoops showdown that the country will host alongside Japan and Indonesia.

“We need all the help we can get. I completely welcome it, we’re all inclusive,” Reyes said on Wednesday, August 3, after his TNT drew first blood in its PBA Philippine Cup semifinals against Magnolia.

“All the support and all the help we can get, we’re wide open.”

SMC has flourished in the PBA with Chua serving as its sports director.

In fact, it was under the leadership of Chua as concurrent Ginebra governor when the Gin Kings ended an eight-year title drought in the 2016 Governors’ Cup.

Ginebra has won six championships since as SMC continues to reign in the PBA by ruling 19 of the last 22 conferences.

Chua is also the latest winner of the PBA Press Corps Executive of the Year plum, his second citation after all three SMC teams – Ginebra, San Miguel, and Magnolia – swept the titles in the 2017-2018 season.

“I’m very happy we’ve had conversations already on the phone with governor Alfrancis. He has been a very big help,” Reyes said. – Rappler.com