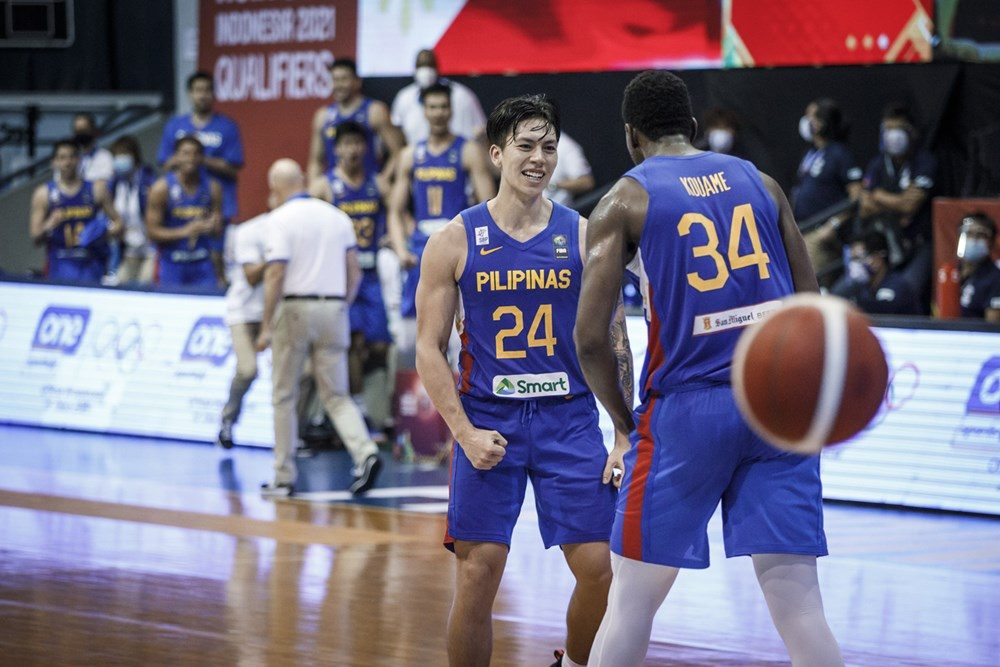 CONSISTENT. Dwight Ramos has been solid for Gilas Pilipinas since he joined the team.

A groin injury continues to cast a dark cloud on Dwight Ramos’ availability for Gilas Pilipinas with just a couple of days left before they begin their campaign in the FIBA Olympic Qualifying Tournament (OQT) in Serbia.

Ramos has yet to fully recuperate from the injury he sustained after the third window of the FIBA Asia Cup Qualifiers in Clark, Pampanga.

“We’re just not seeing any improvement in the groin muscles. It has been four days now since he got the injury.”

The 6-foot-4 guard sat out the Philippines’ tuneup game against China on Wednesday, June 23, that ended in a draw due to the injury.

A day after, Ramos and Gilas Pilipinas flew to Serbia.

“The trip does not help, the travel and the airplanes do not help. We’ll have to see if it will settle down in the next few days,” Baldwin said.

Ramos emerged as arguably the Philippines’ most consistent player in the Asia Cup Qualifiers, which the Filipinos swept by beating Indonesia, Thailand, and Korea.

Baldwin can only have his fingers crossed that Ramos will regain his top shape before the Philippines takes on Serbia on Thursday, July 1, and Dominican Republic on Friday, July 2, in the group stage.

“I’m guardedly pessimistic, I’m not optimistic, but there is really no point in trying to make an assessment on something that could change overnight.”

The 6-foot-7 Tamayo did not see action in the Philippines’ final Asia Cup Qualifiers game against Korea due to the injury.

“Carl is hours away from I think getting back to being able to contribute,” Baldwin said. – Rappler.com