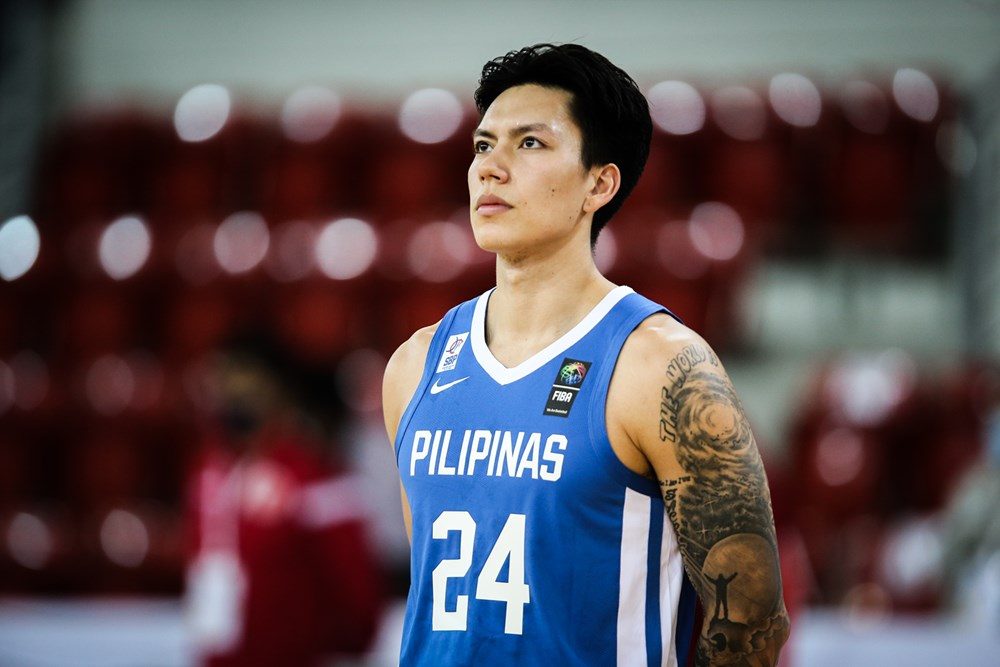 BACK AT IT. Dwight Ramos reunites with Gilas Pilipinas.

Gilas Pilipinas welcomed a key player in its preparations for the third and final window of the FIBA Asia Cup 2021 Qualifiers in February with the arrival of Dwight Ramos.

Ramos reunited with the national team in its training camp at the Inspire Sports Academy in Calamba, Laguna, on Monday, January 25.

Ramos had a perfect game in Gilas Pilipinas’ first of two meetings against Thailand in the second window, delivering 20 points on a 7-of-7 clip from the field and 4-of-4 from the line to go with 7 rebounds and 3 steals.

Kai Sotto is the only player who has yet to join the national team in Laguna.

Gilas Pilipinas needs to win at least 1 of its 3 games in the third window, which the country will host in Clark, Pampanga, to secure a berth for the FIBA Asia Cup.

The Philippines will play South Korea twice and Indonesia once in the third window. – Rappler.com