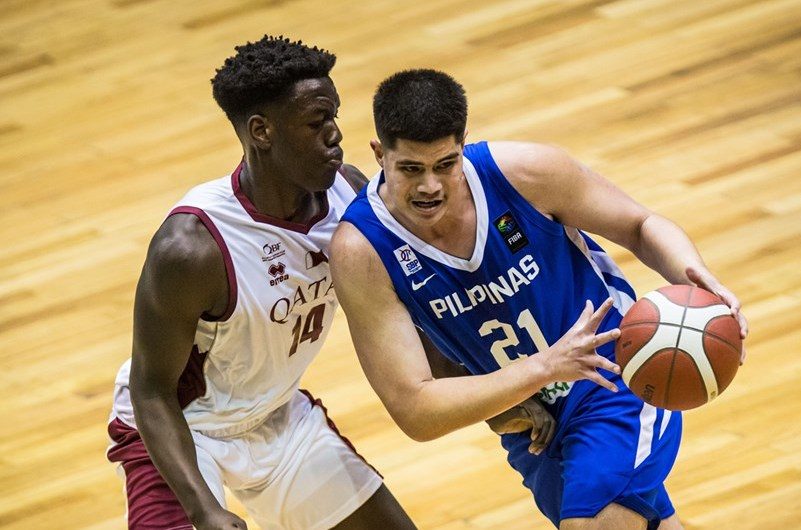 MANILA, Philippines – Gilas Youth punched its quarterfinals ticket in the FIBA U18 Asian Championship with a 77-61 comeback win over Qatar at the Azadi Basketball Hall in Iran on Monday, August 22.

Forward Mason Amos churned out 19 points and 7 rebounds to power the Filipinos’ second-half turnaround as they followed up their 64-point demolition of Syria with another victory to stay unbeaten in Group C.

Amos, a Filipino-Australian big man who will play for Ateneo, put up 12 points in the final two quarters, where Gilas Youth outscored Qatar 43-26 to overcome a tentative first half where it trailed 34-35.

The Qataris led 41-40 midway through the third quarter before the Filipinos erected a 14-5 run led by Amos to build a 54-46 advantage.

Jared Bahay backstopped Amos in scoring with 15 points – 11 coming in the first half – to go with 3 rebounds and 3 assists, while Joshua Coronel chimed in 9 points and 3 assists.

EJ Abadam and Kyle Gamber added 7 points each in the win and combined for 7 rebounds.

Mohammed Hashim Abbasher and Moustapha Ndao tallied 14 points apiece for Qatar, which dropped to the bottom with Syria with identical 0-2 cards.

By improving to 2-0, the Philippines tied Chinese Taipei at the top of Group C as they both secured their quarterfinals spots.

The Filipinos and the Taiwanese dispute the No. 1 spot in the bunch when they tangle on Tuesday to wrap up the group stage.