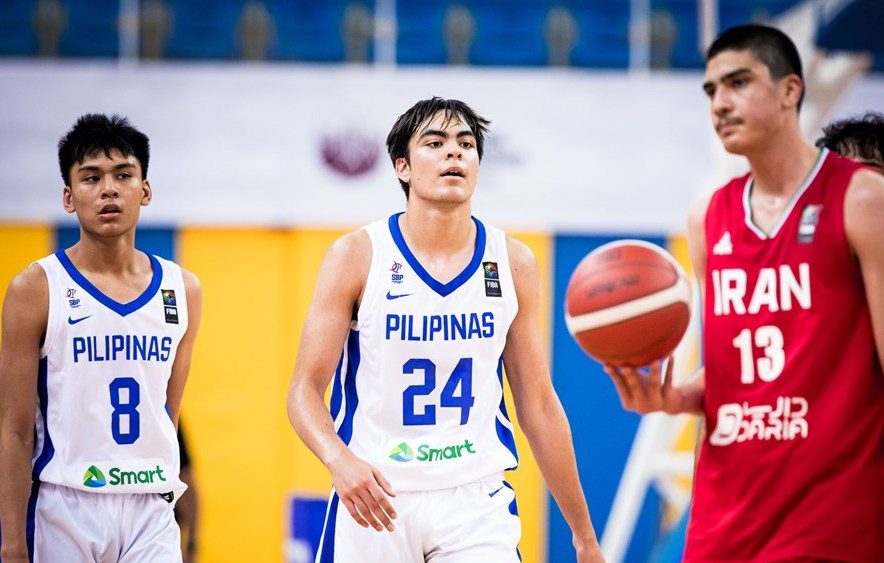 MANILA, Philippines – Gilas Youth ended its FIBA U16 Asian Championship campaign on a winning note after a come-from-behind 95-87 victory over Iran in Doha, Qatar, on Sunday, June 19.

Five players scored in double figures as the Philippines fought back from a 13-point deficit to snap a two-game skid and finish seventh in the 13-team tournament.

Alex Konov shot the lights out off the bench by netting a team-high 18 points on a 4-of-9 clip from three-point land for the Filipinos, who also drew prolific performances from Caelum Harris, Jared Bahay, and Andy Gemao.

Iran held a 50-39 lead early in the third quarter before Konov caught fire, knocking down a pair of triples and scoring 8 points in an 11-2 spurt that cut their deficit to 50-52.

A 9-2 blitz propped up the Iran lead to 9 points, but the Philippines answered with a blazing 16-2 run – with Gemao dropping all of his 7 points during the stretch – to seize a 68-63 lead going into the final frame.

Renzo Competente also shone in the victory with 14 points, including the trey that gave Gilas Youth its biggest lead of the game at 84-70 with under six minutes left.

Three players dropped at least 20 points for the Iranians, but their third-quarter collapse proved costly as they wrapped up the tournament with three straight losses.