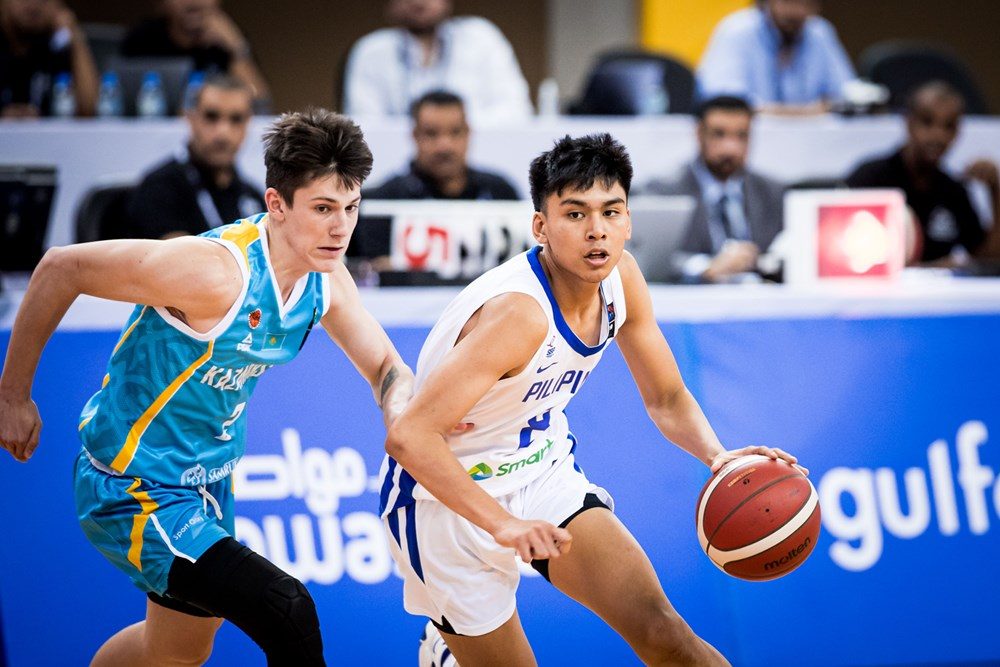 MANILA, Philippines – Gilas Youth avoided elimination and remained in the hunt for a spot in the FIBA U17 World Cup in July as it crushed Kazakhstan, 83-60, in the FIBA U16 Asian Championship on Thursday, June 16 at the Al-Gharafa Sports Club Multi-Purpose Hall in Doha, Qatar.

After failing to secure an outright quarterfinal berth in its previous outing against Japan, Gilas Youth is now back on track and will take on Australia in the quarterfinals on Friday, June 17.

Five players scored in double figures for the Philippines but it was Renzo Competente who led the way with 15 points, 6 rebounds, and 4 steals.

With its tournament life hanging in the balance, Gilas Youth came out with guns blazing and quickly built an 11-point lead, 26-15, off two free throws by Alex Konov with 52 seconds to play in the opening period.

The Filipinos then kept up the pace against the Kazakhs in the second period and pushed their advantage to 18 points, 53-35, thanks to an and-one play by Porter late in the first half.

It was all Gilas Youth from there on as it even extended its lead to a whopping 26 points, 77-51, which proved too big for Kazakhstan to overcome with just 8:23 left in the ball game.

Konov bounced back from his cold shooting night against Japan with 11 points on 2-of-3 shooting from deep, while Andy Gemao chipped in 7 points.

Caelum Harris, who topscored for Gilas Youth in its previous outing, was held to just 3 points on 1-of-4 clip from the field, but recorded 9 rebounds and a team-high 7 assists in the victory.

Gilas Youth will look to sustain its hot momentum when it faces Australia in the quarterfinals as only the top four finishers in the 13-team tournament will qualify for the World Cup in Malaga, Spain in July.