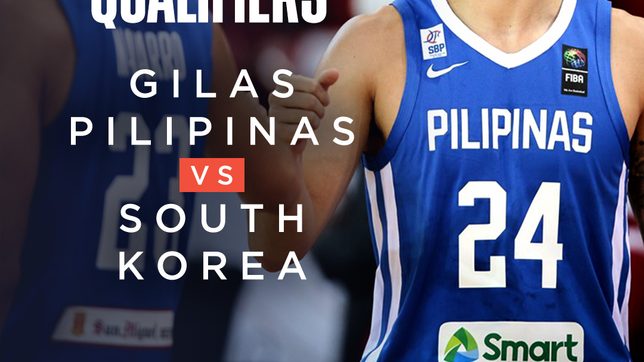 Gilas Pilipinas seeks to halt its years-long skid against South Korea when they meet in the third and final window of the FIBA Asia Cup Qualifiers in Clark, Pampanga, on Wednesday, June 16.

The Filipinos last beat the Koreans in the 2013 FIBA Asia Championship, when a team led by Jimmy Alapag, Jayson Castro, and Marc Pingris propelled the country to the FIBA World Cup for the first time in 36 years.

Losses in the Asian Games, Jones Cup, and Asia Cup over the last eight years, though, followed as the Philippines found Korea a tough nut to crack.

The all-cadet national team aims to end that drought, with the game on Wednesday witnessing a new dawn for Gilas basketball.

After a long wait, twin towers Kai Sotto and Angelo Kouame will debut for the seniors squad as they headline the 12-man lineup against Korea.

Undefeated in Group A with a 3-0 record, the Philippines can already secure its Asia Cup berth even with two more games to be played if it beats Korea, which totes a 2-0 card.