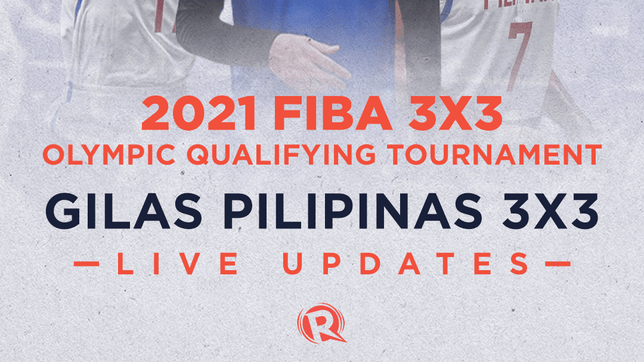 A coveted berth in the Tokyo Games is at stake as Gilas Pilipinas 3×3 sees action in the FIBA 3×3 Olympic Qualifying Tournament (OQT) that will be staged in Graz, Austria, from May 26 to 30.

The Philippines last sent a basketball team to the Summer Games in 1972.

It will be an uphill climb for the Philippines – currently ranked No. 21 in the world – as it tangles with No. 4 Slovenia, No. 10 France, No. 25 Qatar, and No. 33 Dominican Republic in Group C. (SCHEDULE: Gilas Pilipinas 3×3 at FIBA Olympic Qualifying Tournament)

Only the top two teams from each of the four groups will advance to the knockout playoffs and vie for the three Olympic spots available in the OQT.

The winners of the semifinals and battle-for-third games will punch their ticket to the Tokyo Olympics, where the half-court variant of the sport will be making its debut.