Hobbled by injuries, Tab Baldwin preaches ‘next man up’ mentality for Gilas Pilipinas 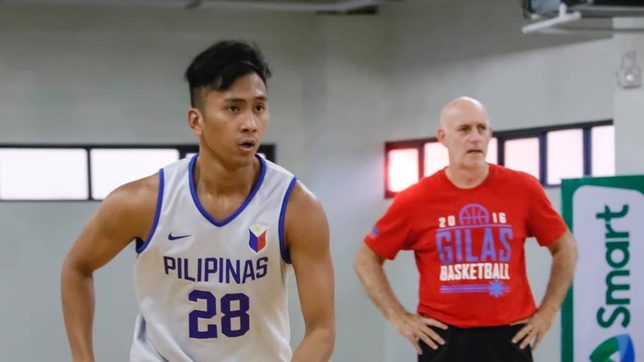 It is uncertain if the former University of the East star Suerte can suit up in time for the upcoming FIBA Asia Cup Qualifiers in Clark, Pampanga from June 16 to 20, and the FIBA Olympic Qualifying Tournament in Belgrade, Serbia from June 29 to July 4.

“He was recently designated as our team captain so this is not good news at all. It’s unfortunate because he was also doing very well in practice,” he added.

With Suerte out, Baldwin, who instills the team’s “next man up” mentality, now expects 2021 Gilas Pilipinas draftees Jordan Heading and Jaydee Tungcab to step up for the all-amateur Gilas squad.

“As a national team, you always believe that you have the talent to replace fallen players. We’re currently looking at Jordan Heading and Jaydee Tungcab to step into the vacancy left by Rey’s injury,” said Baldwin.

According to Baldwin, Heading, the top pick in the 2021 special Gilas draft, provides excellent shooting and some ball handling skills, while Tungcab, who already saw action in the second window of the qualifiers, is an outstanding open court player and a tenacious defender.

“We are hoping that the impact on the team’s leadership will be minimized by more players stepping up and becoming more vocal, on and off the court,” added Baldwin. – Rappler.com