Castro in, Pogoy out of TNT-laden Gilas pool before FIBA World Cup qualifiers 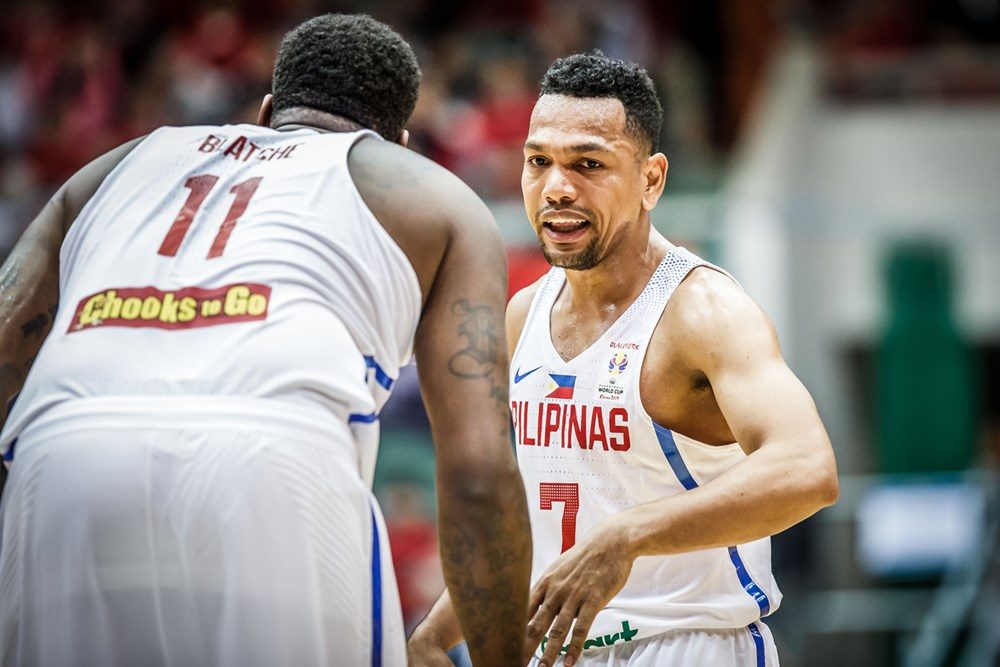 Longtime national team mainstay Jayson Castro makes his return to the pool after days of non-committal answers from head coach Chot Reyes, who cited the floor general’s age and the grueling four-games-in-five-days grind of the window starting February 24.

Notably absent from the pool laden with TNT Tropang Giga players is Roger Pogoy, who is reportedly nursing an injury, and has not yet played in the ongoing PBA Governors’ Cup restart.

Gilas first-timers Kib Montalbo, Gab Banal, Brian Heruela, and Glenn Khobuntin round out the TNT call-ups for the window. Super sophomore Mikey Williams will not join his teammates due to ineligibility as a local player.

Out of the 21 names in the pool, only 12 will be selected at least 24 hours in advance before each game day.

Gilas, despite already having a World Cup berth secured as a host country’s perk, will still go through a formidable qualifier group led by rival South Korea on February 24, India on the 25th, New Zealand on the 27th, and South Korea once more on the 28th.

Games will be held at the Araneta Coliseum without the much-needed boost of Filipino fans in attendance. – Rappler.com