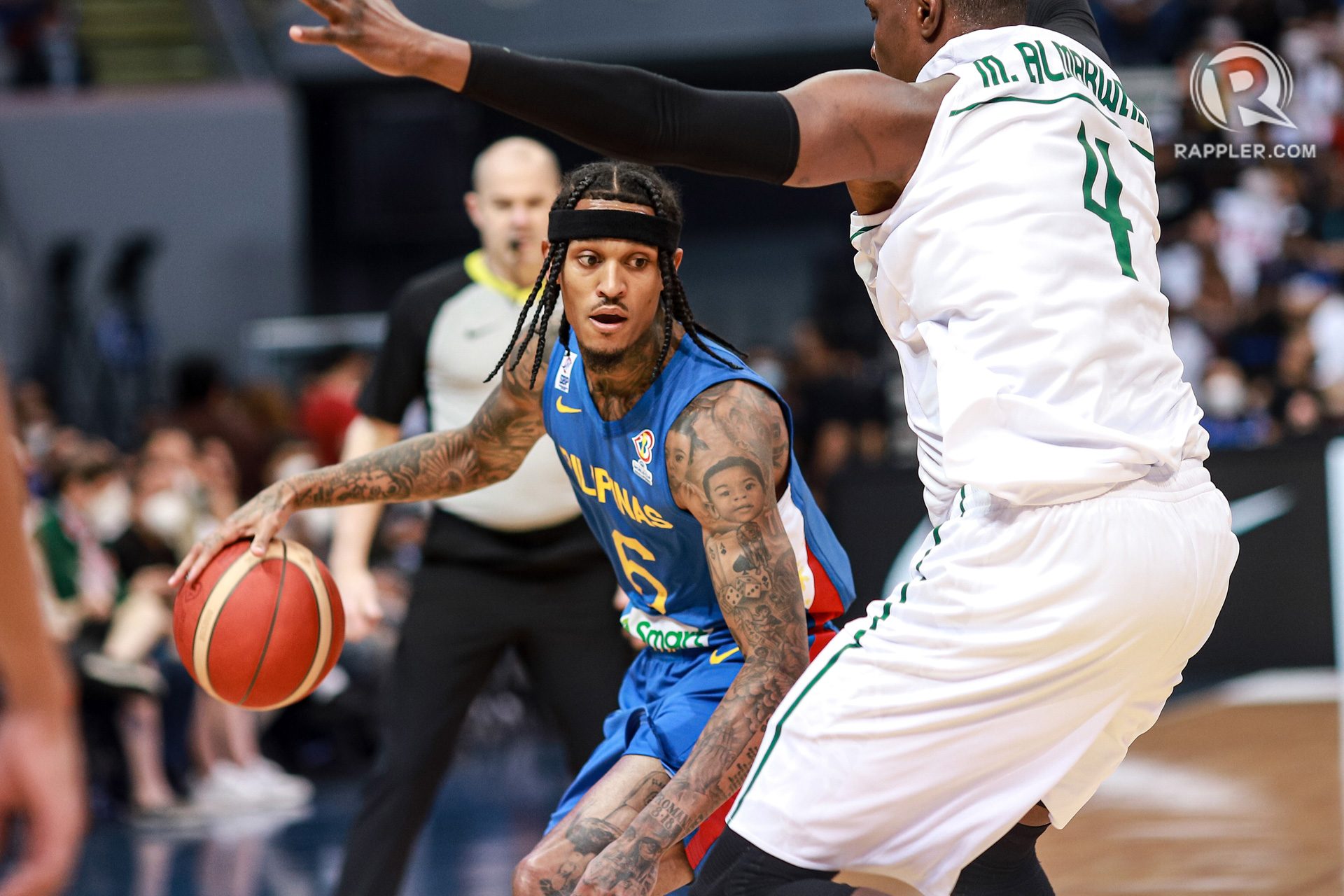 SUPERSTAR. Jordan Clarkson is being pegged as Gilas Pilipinas' cornerstone for its FIBA World Cup squad next year.

Facebook Twitter Copy URL
Copied
Jordan Clarkson reveals it was Chot Reyes who first suggested the idea of him playing for Gilas Pilipinas a decade ago, back when he still wasn't an NBA star

Clarkson rallied behind Reyes and called on fans to support him as the Gilas Pilipinas head coach continues to be on the receiving end of online and public scrutiny.

In a bizarre turn of events, home fans at the Mall of Asia Arena gave Reyes a rude welcome by booing him throughout the Philippines’ 84-46 rout of Saudi Arabia in the FIBA World Cup Asian Qualifiers on Monday, August 29.

That did not sit well with the Utah Jazz star.

“I don’t really know what’s going on but from what I’ve seen in these last days, it’s kind of been some bullshit,” Clarkson said. “He’s our coach, he’s one of us, he works hard, he put all this together.”

“He’s coming back to this game because he loves it, he loves the country, he loves this team, each and every one of us, to be honest with you.”

Clarkson even revealed that it was Reyes who first suggested the idea of the Filipino-American guard donning the national colors a decade ago back when he was still in college.

A former NBA Sixth Man of the Year, Clarkson finally suited up for Gilas Pilipinas in the 2018 Asian Games and he is now being pegged as the cornerstone of the World Cup squad next year.

“This is all what we envisioned, honestly. This has all been a blessing,” Clarkson said.

“For somebody to get rocks thrown at him, for putting all this together, and bringing me [and] Kai [Sotto], his dream, his vision that he had coming back to the game, is like I said, is bullshit.

“I think we all should support him and support what he got going on because in this next World Cup, whatever we got, we all gotta have each other’s back and support each other going through this.”

Clarkson added fans have to reconsider their behavior.

“Moving forward, I think we need to change our actions and show love and nothing but peace here,” Clarkson said.