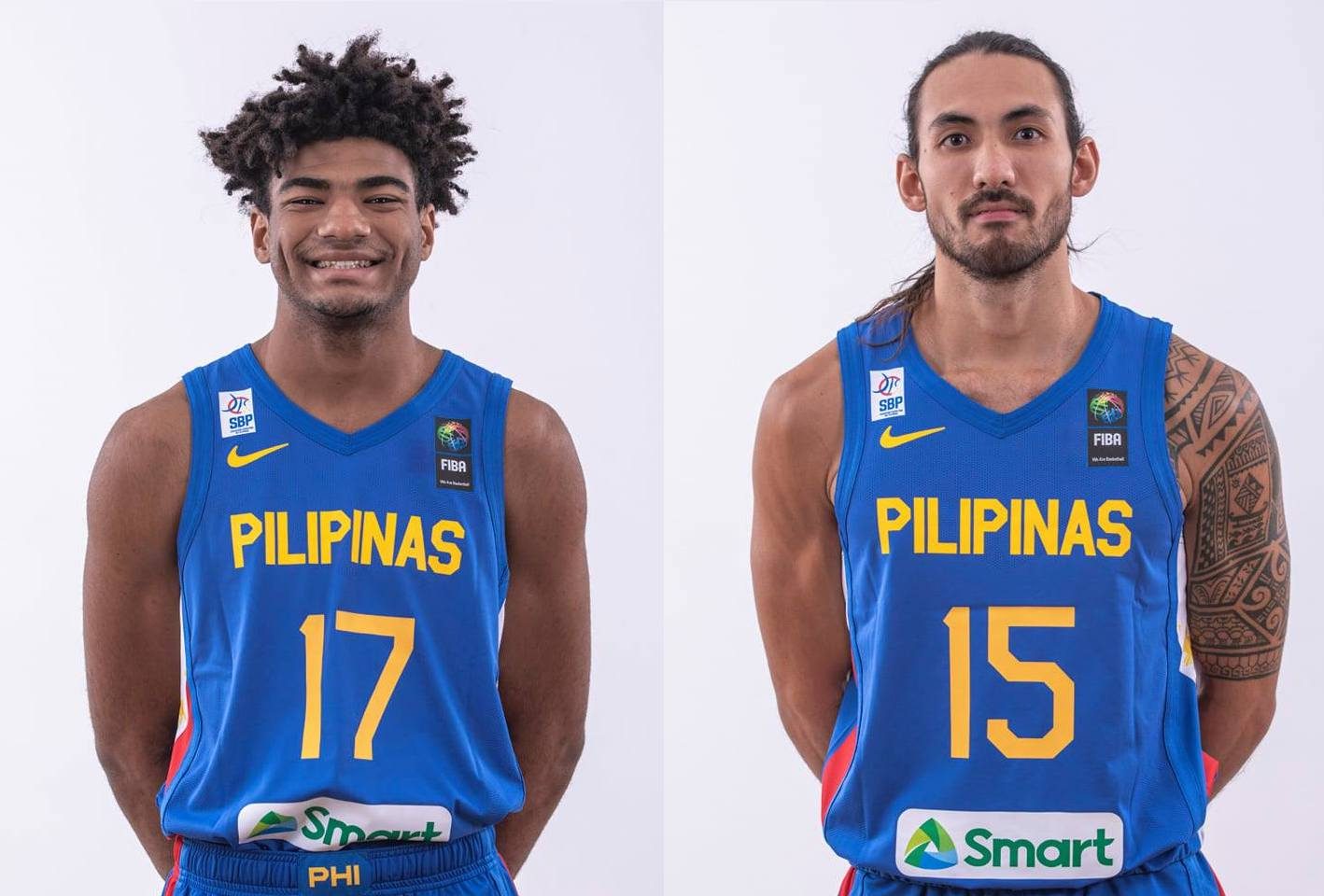 MAIDEN APPEARANCE. Francis 'LeBron' Lopez (left) and Jordan Heading will see action for the national seniors team for the first time in their careers.

Facebook Twitter Copy URL
Copied
Left out of Gilas Pilipinas' roster against South Korea, Jordan Heading, LeBron Lopez, and Geo Chiu have been included in the lineup against Indonesia

Jordan Heading and Francis “LeBron” Lopez are set to debut for Gilas Pilipinas against Indonesia in the third and final window of the FIBA Asia Cup Qualifiers on Friday, June 18.

Left out of the Philippines’ 12-man roster against South Korea on Wednesday, June 16, Heading, Lopez, and Geo Chiu have been included in the lineup for the Indonesia match.

The national team chose to rest Heading instead of fielding him against Korea due to a “minor issue with his hip.”

Heading last donned the national colors when he saw action for the youth squad in the 2011 FIBA Asia U16 Championship.

Like Heading, Chiu played for the youth team in the 2019 FIBA U19 World Cup, while it will be the first national team appearance for Lopez.

The trio will replace Javi Gomez de Liaño, Jaydee Tungcab, and Mike Nieto, who will all suit up against Korea.

According to head coach Tab Baldwin, the players’ performances in the first two games will determine the lineup for the Philippines’ last qualifying game against Korea on Sunday, June 20.

The three qualifying matches will also be used as basis for the selection of players for the FIBA Olympic Qualifying Tournament, which will be staged in Serbia later in June. – Rappler.com