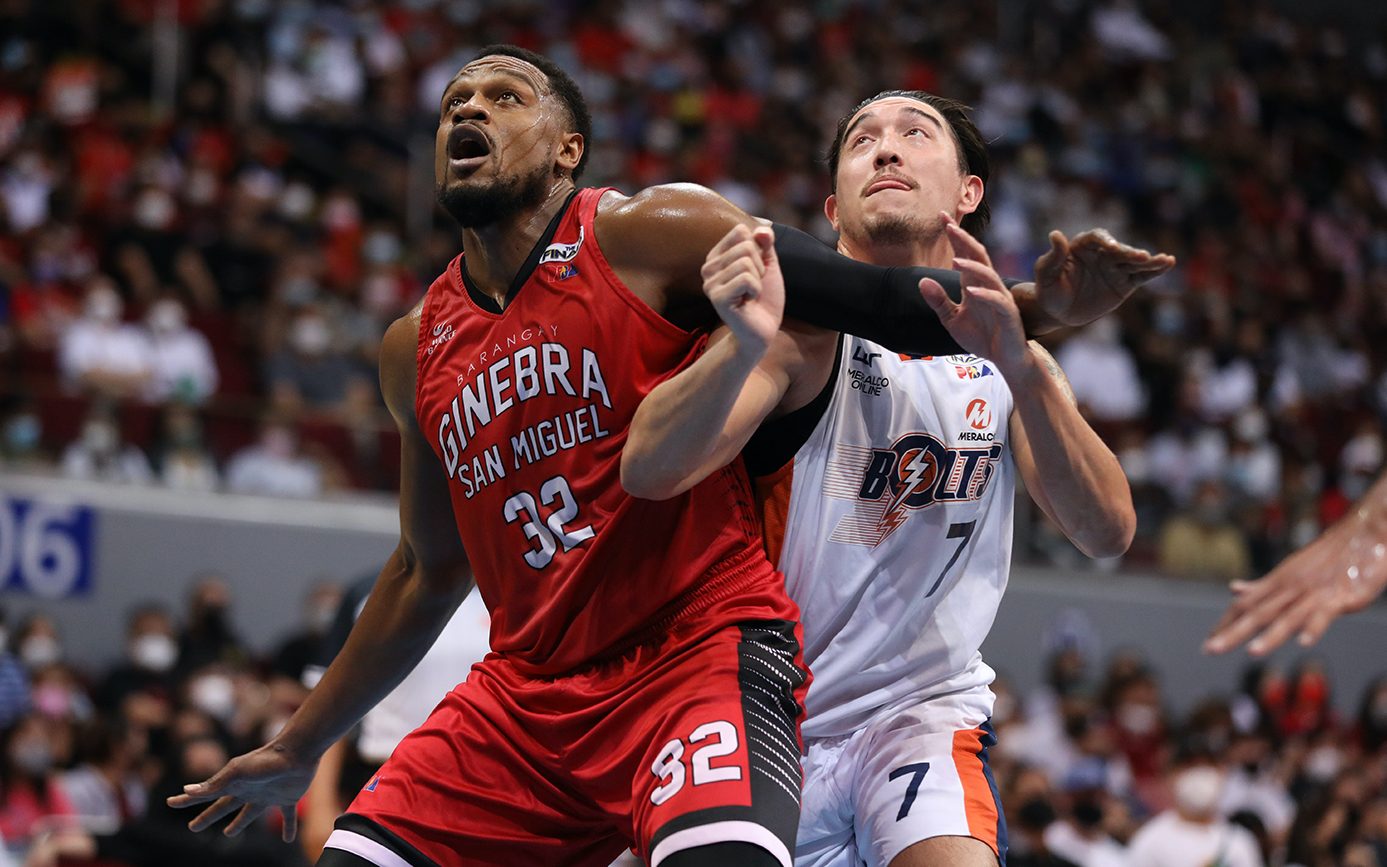 PRIME CHOICE. Resident Ginebra import Justin Brownlee has long been considered for naturalization after playing in the country for the last six years.

Facebook Twitter Copy URL
Copied
If their naturalization pushes through, Justin Brownlee and Cameron Oliver are expected to reinforce Gilas Pilipinas in tournaments where Jordan Clarkson is unable to play

National team head coach Chot Reyes bared during a Senate hearing on Monday, September 12, that Justin Brownlee of Barangay Ginebra and Cameron Oliver of TNT are being eyed for naturalization.

If their naturalization pushes through, Brownlee and Oliver are expected to reinforce Gilas Pilipinas in tournaments where Filipino-American NBA star Jordan Clarkson is unable to play in.

Clarkson represented the country in the August window of the FIBA World Cup Asian Qualifiers, but it will take almost a year before he suits up for the national team again as he reunites with the Utah Jazz for the NBA season.

“At times when Jordan Clarkson is unavailable, we still want to play with a strong team,” Reyes said in a mix of Filipino and English.

It is still uncertain who will serve as the Philippines’ naturalized player in the last two windows of the Asian Qualifiers in November and February.

Gilas Pilipinas will also compete in the Southeast Asian Games in Cambodia in May, seeking to regain the gold medal it lost to Indonesia in the Vietnam edition of the biennial meet earlier this year.

“For example, in May, in the SEA Games, if we have a Justin Brownlee, I think we have good chance to reclaim the gold,” Reyes said.

Although already 34 years old, Brownlee remains one of the top PBA imports after leading the Gin Kings to another Governors’ Cup title last season.

Meanwhile, the 26-year-old Oliver is a PBA newcomer who will debut for the Tropang Giga in the Commissioners Cup later this September.

A former NBA player, the six-foot-eight Oliver saw action for the Houston Rockets and Atlanta Hawks.

“They are already willing,” said Reyes, who also serves as head coach of TNT in the PBA.

“We know that Brownlee has already completed his papers, while Cameron Oliver is in the process of completing all the requirements or documents for naturalization.”

It has been in the pipeline for the Samahang Basketbol ng Pilipinas to have a pool of naturalized players.

Aside from Clarkson, the Philippines’ current naturalized player is Ateneo big man Angelo Kouame, who last played for the national team in the February window of the Asian Qualifiers.

Kouame suffered a knee injury that kept him out of the June-July window.

Former NBA player Andray Blatche remains a naturalized player, although it has been three years since he last donned the national colors in the 2019 World Cup. – Rappler.com