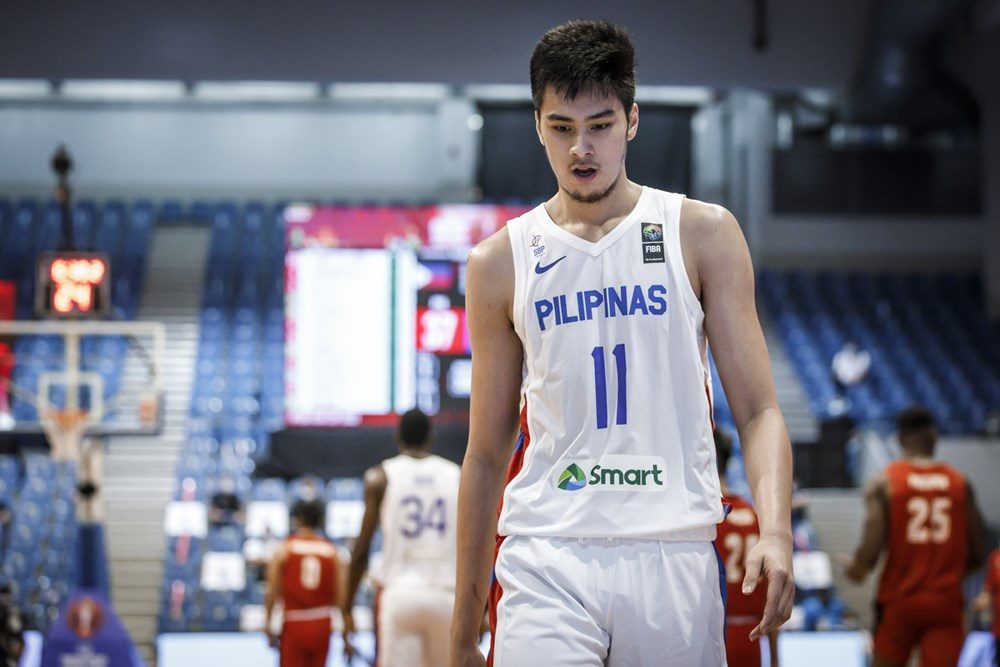 REUNION. Kai Sotto reunites with Gilas Pilipinas a year since he last suited up for the national squad.

MANILA, Philippines – Kai Sotto is back.

The 7-foot-3 big man arrived in the country on Thursday, August 18, to reinforce Gilas Pilipinas for the fourth window of the FIBA World Cup Asian Qualifiers this month.

Sotto came from Australia as he reunited with the Adelaide 36ers of the National Basketball League after going unselected in the recent NBA Draft.

According to Samahang Basketbol ng Pilipinas (SBP) executive director, Sotto will join the national team in practice on Friday.

The addition of Sotto gives Gilas Pilipinas a major boost as it faces FIBA Asia Cup runner-up Lebanon on the road on August 25 and Saudi Arabia at home on August 29.

“Every game you play as a competitor, you try to win, and that is the goal for the next two games,” Sotto said in a story posted on the 36ers’ website.

It has been a year since Sotto last suited up for the Philippines.

He debuted for the seniors squad in the final window of the FIBA Asia Cup Qualifiers in Clark, Pampanga and saw action for the national team in the FIBA Olympic Qualifying Tournament in Serbia last year.

In his first five games for Gilas Pilipinas, Sotto averaged 9.2 points and 6 rebounds.

Sotto got invited to play for the national team in the Asia Cup in Indonesia in July, but he missed the continental showdown as he plotted the next step of his career after going undrafted in the NBA.

“The fact I am playing for my country again is one of the best feelings and it is a dream come true to step out on the court in that Philippine jersey,” he said.

Sotto will share the court with NBA player Jordan Clarkson, who is scheduled to arrive in the country on Friday, along with handpicked PBA stars, Japan B. League stalwarts, and amateur standouts.

“We have some pretty good players who are going to suit up and a good system, so as long as we have a good preparation, I think we will play good and get those two wins,” Sotto said. – Rappler.com