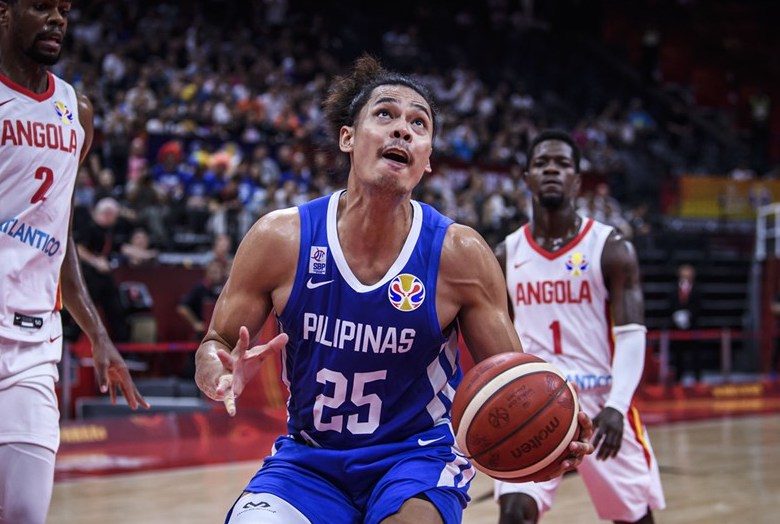 COMEBACK. Japeth Aguilar is back on board for Gilas Pilipinas.

Aguilar cracked the Philippines’ 12-man roster for its away game against Lebanon in the fourth window of the FIBA World Cup Asian Qualifiers on Thursday, August 25 (Friday, August 26, Manila time).

There were concerns whether the Barangay Ginebra star would make the final lineup considering he joined the national team late after testing positive for coronavirus.

Now classified as locals, Meralco’s Chris Newsome and NorthPort’s Jamie Malonzo also earned the coaches’ nod as they debut for the national team.

Joining Aguilar, Newsome, and Malonzo in the roster are their fellow PBA standouts Scottie Thompson of Ginebra and Calvin Oftana of NLEX.

With little surprise, Filipino-American NBA player Jordan Clarkson and big man Kai Sotto secured their roster spots as they look to get the Philippines over the hump against a Lebanon side that won silver in the FIBA Asia Cup.

The Cedars beat the Filipinos in their last two encounters in the 2017 and 2022 editions of the Asia Cup.

Completing the roster are mainstays Kiefer and Thirdy Ravena, Ray Parks, and Dwight Ramos of the Japan B. League and UP Fighting Maroons stalwart Carl Tamayo.

Roosevelt Adams did not make the cut, although he is in Beirut to support the national team.