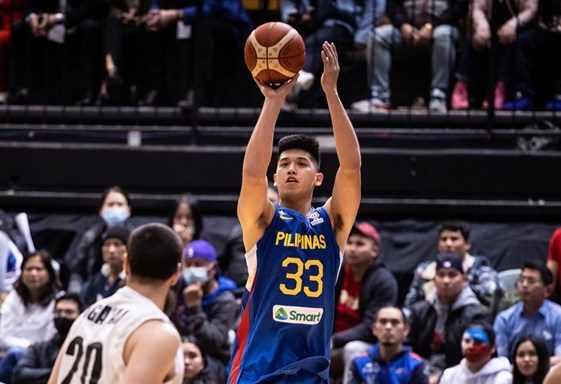 OTHER COMMITMENT. Carl Tamayo will not be around when Gilas Pilipinas hosts Saudi Arabia.

MANILA, Philippines – Roosevelt Adams is set to debut for Gilas Pilipinas as he joins the 12-man lineup against Saudi Arabia in the fourth window of the FIBA World Cup Asian Qualifiers.

The Filipino-American forward replaces Carl Tamayo after being the last cut in the Philippines’ game against Lebanon, which ended in an 85-81 loss.

Tamayo reportedly left with the UP Fighting Maroons for Korea, where they will face Korean Basketball League teams in tuneup games, a day before the Filipinos host the Saudis at the Mall of Asia Arena on Monday, August 29.

A former PBA top pick, Adams last played for the Terrafirma Dyip and earned an All-Rookie Team selection in the 2020 season.