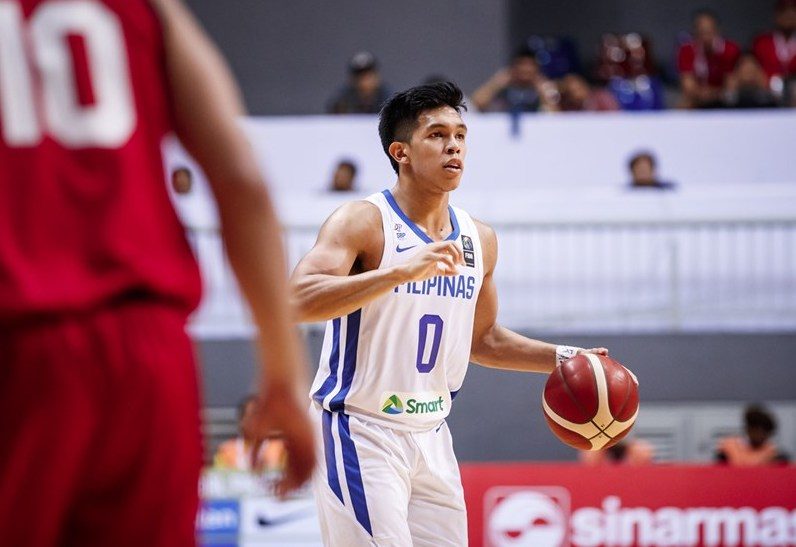 COMEBACK. Thirdy Ravena has not played for Gilas Pilipinas since he pursued an overseas career in the Japan B. League.

MANILA, Philippines – Thirdy Ravena will make his much-awaited Gilas Pilipinas return as he banners the 12-man lineup against India in their FIBA World Cup Asian Qualifiers clash on Friday, February 25.

Ravena last suited up for the Philippines in a FIBA event in the opening window of the Asia Cup Qualifiers in February 2020, showing the way in a 30-point rout of Indonesia with 23 points, 8 rebounds, and 2 blocks.

He has not played for the national team in a FIBA tournament since as he pursued a professional career in the Japan B. League by signing with the San-En NeoPhoenix.

Everyone in the roster against India has seen action for Gilas at least once except for Montalbo and Rangel.

Playing before a home crowd for the first time in more than years at the Araneta Coliseum, Gilas looks to make a statement as it pounces on an Indian squad coming off a 55-point beating from New Zealand.