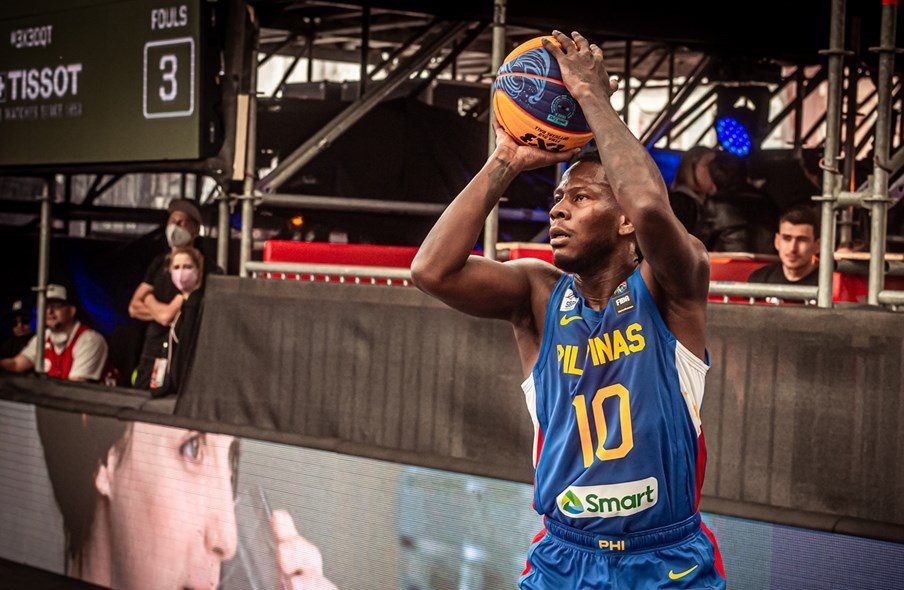 Its chances may be slim, but Gilas Pilipinas 3×3 will try to remain in the hunt for a Tokyo Olympics berth.

Enduring a winless start, the Nationals need the stars to align as they aim to reach the knockout round of the FIBA 3×3 Olympic Qualifying Tournament in Graz, Austria.

“We are looking to regroup and compete better for [our remaining] matches,” said national team head coach Ronnie Magsanoc.

Gilas 3×3 struggled against taller and faster foes as it absorbed a 21-12 loss to Qatar and a 21-11 defeat to Slovenia in its first two games of the tournament on Wednesday.

In both matches, the Filipinos shot below 35% and allowed their opponents to shoot above 50%.

The Philippines has to improve those numbers as it needs to beat both France and Dominican Republic to stay in pursuit of a top-two finish in its group, which will grant a seat in the knockout round.

Only eight of the 20 participating teams will advance to the knockout round, where the top three teams will punch their ticket to the Olympics.

But sweeping their final group stage games is not enough for the Filipinos.

If it forces a deadlock for the top two spot, Gilas 3×3 then needs to finish with a superior total points tally to seize the advantage in the tiebreaker.

As things stand, the Philippines has 23 points, while France leads the group with 40 points followed by Qatar (38) and Slovenia (38).

Although also winless like the Philippines, Dominican Republic resides at fifth and last place in Group C with only 19 points.

“[We have to] make the necessary adjustments and put emphasis on what we need to do as a team heading to [our] games,” Magsanoc said. – Rappler.com