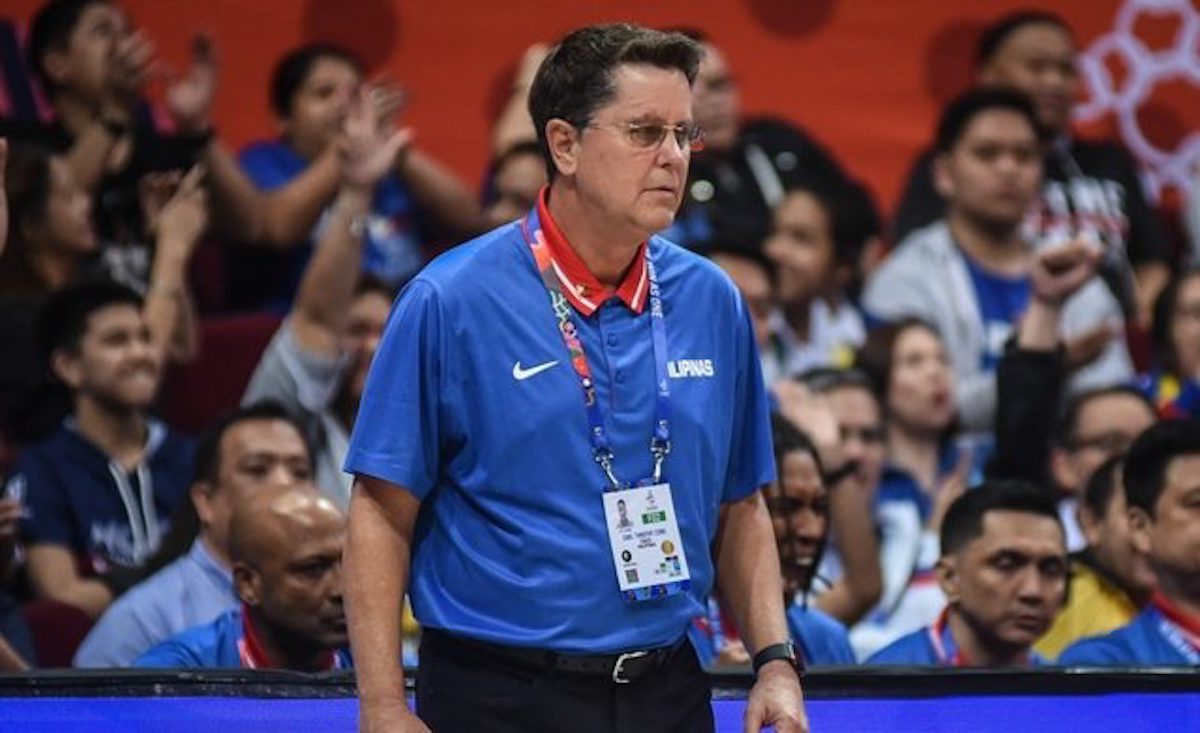 Facebook Twitter Copy URL
Copied
Tim Cone is coming off a short, but memorable stint in the NBA Summer League, where he joined the Miami Heat coaching staff

MANILA, Philippines – It is not just Barangay Ginebra which stands to benefit from the lessons coach Tim Cone picked up from his short, but memorable stint with the Miami Heat.

Samahang Basketbol ng Pilipinas (SBP) executive director Sonny Barrios said Gilas Pilipinas is lucky to have Cone on board owing to his decades-long experience and his unrivaled success in the local basketball scene.

Already the winningest coach in PBA history, Cone added another feather to his cap when he joined the Heat coaching staff in the recent NBA Summer League.

“Tim Cone brings with him a wealth of wisdom to our Gilas,” said Barrios during the recent Philippine Sportswriters Association online forum.

“Our Gilas is lucky that we’re having him at this point in time when he had a lot of learnings in his Miami Heat experience.”

Aside from Cone, national team head coach Chot Reyes will get plenty of advice as his staff includes Nenad Vucinic, Jong Uichico, and Goldwin Monteverde – all proven winners.

But it is on defense where Cone feels he can be the biggest of help.

The Gin Kings have consistently been one of the top defensive teams in the league, ranking in the top five in points allowed in eight of the last nine PBA conferences.

“When we asked coach Tim, ‘Where do you think you can help Gilas the most?’ He said, ‘Defense. Of course, I leave it to Chot to give me the assignment. But if you ask me, I think I can help him defend,'” Barrios said.

Cone is expected to be on the sidelines when the Philippines resumes its FIBA World Cup Asian Qualifiers campaign in the fourth window against Lebanon and Saudi Arabia on August 25 and 29, respectively. – Rappler.com