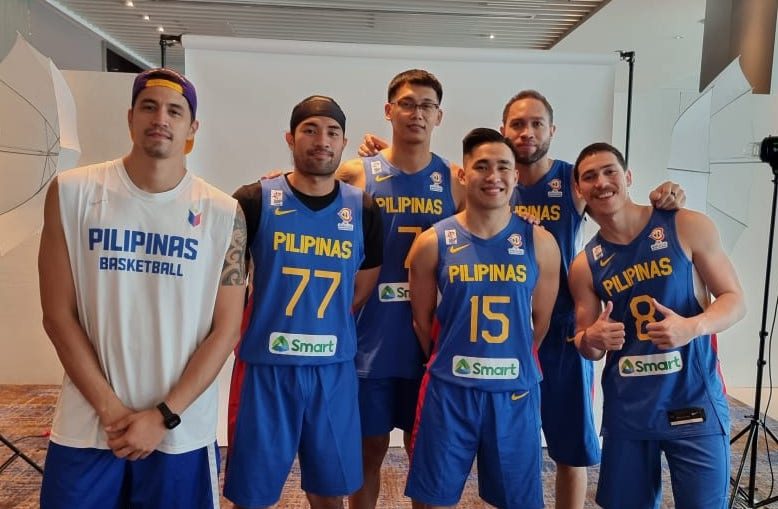 MANILA, Philippines – And then there were 15.

Gilas Pilipinas has reduced its original 22-man pool to 15 as it continues to finalize its preparations for the upcoming window of the FIBA World Cup Asian Qualifiers this February.

Seven PBA players reinforce the national team, which wrapped up its “foundation practice” at the Araneta Coliseum on Wednesday, February 23, just two days before it opens its campaign against visiting India.

Those who did not make it from the initial 22-man pool were Jayson Castro, Brian Heruela, Glenn Khobuntin, JJ Alejandro, Ryan Reyes, Carl Bryan Cruz, and Matt Ganuelas-Rosser.

Head coach Chot Reyes reiterated the need to focus on the big picture as Gilas seeks to use the Asian Qualifiers to build chemistry ahead of the World Cup, which the country will co-host next year.

“Keep the preparation up. Keep your minds on the task at hand,” Reyes said in a video posted by the Samahang Basketbol ng Pilipinas on its social media accounts. “It doesn’t matter who we’re playing.”

The national team was slated to play four games in five days for the February window as it hosts fellow Group A teams Korea, New Zealand, and India.

But Gilas will instead see action in just two matches after Korea pulled out due to a positive COVID-19 result, putting its February 24 and 28 duels against the Philippines in peril of getting forfeited.

The Filipinos take on the Indians on Friday, February 25 and the Kiwis on February 27. – Rappler.com