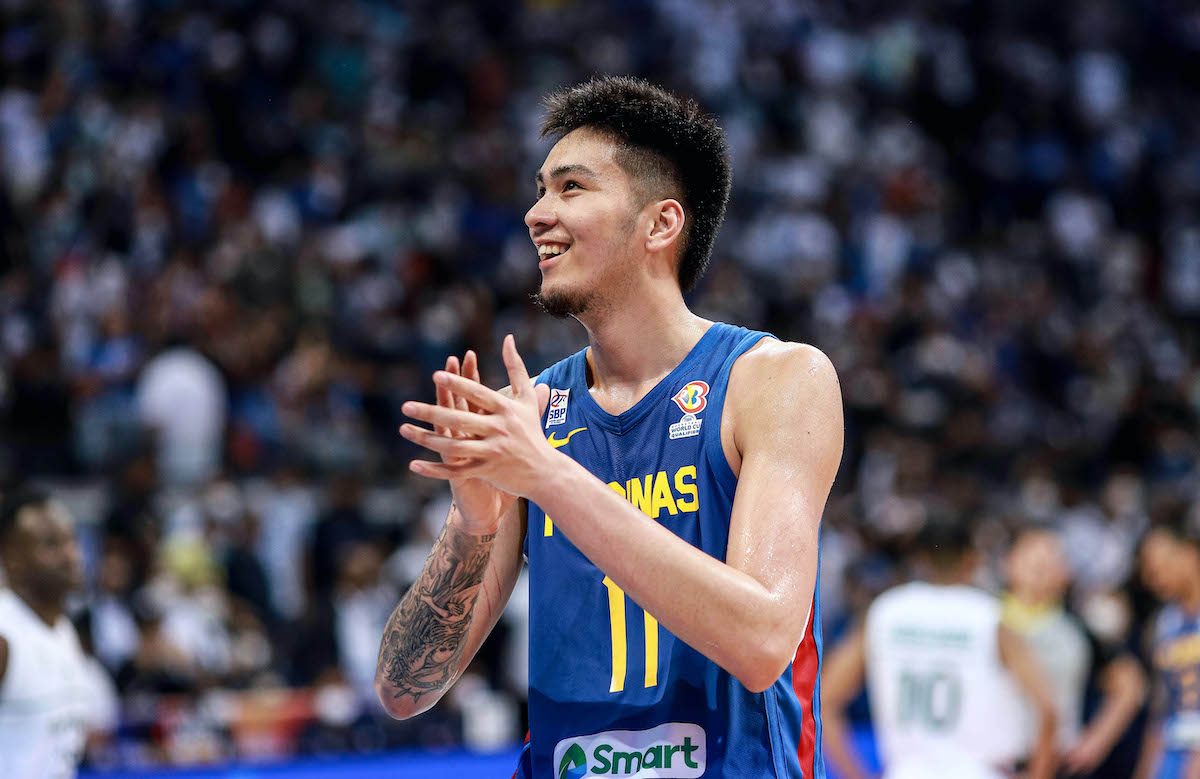 MANILA, Philippines – Bringing in Kai Sotto is the next course of action for Gilas Pilipinas as June Mar Fajardo got ruled out for the fifth window of the FIBA World Cup Asian Qualifiers in November.

Head coach Chot Reyes said the Samahang Basketbol ng Pilipinas (SBP) is in talks with Basketball Australia to have Sotto play in the fifth window, where the Philippines will face Jordan and Saudi Arabia in a pair of away games.

The 7-foot-3 Sotto currently plays for the Adelaide 36ers in the National Basketball League (NBL).

“I know the SBP is clearing it with Aussie basketball. We don’t know the answer to that at the moment,” Reyes said in a mix of Filipino and English on Saturday, October 22.

The NBL will go on a 10-day break in time for the FIBA window, which will run from November 10 to 14.

Adelaide will play its last game before the break on November 5 against the Perth Wildcats before it returns to action on November 17 against Melbourne United.

Sotto showed vast improvement the last time he donned the national colors in the fourth window, where he averaged 13 points, 10.5 rebounds, and 3 blocks in a loss to Lebanon and a win over Saudi Arabia.

The addition of Sotto will help offset the absence of Fajardo, who is out for at least a month to recover from his throat surgery.

Other big men in the Gilas Pilipinas pool include Angelo Kouame, Japeth Aguilar, and Poy Erram.

“Well, we have enough bigs in the pool. It’s just a question of health – who’s ready, right?” Reyes said.

“In terms of personnel, I think the question is are they going to be healthy enough? We won’t know that until closer to the window itself.”

Toting an even 3-3 card, the Philippines eyes a sweep of the fifth window when it tangles with Jordan on November 10 and Saudi Arabia on November 13. – Rappler.com