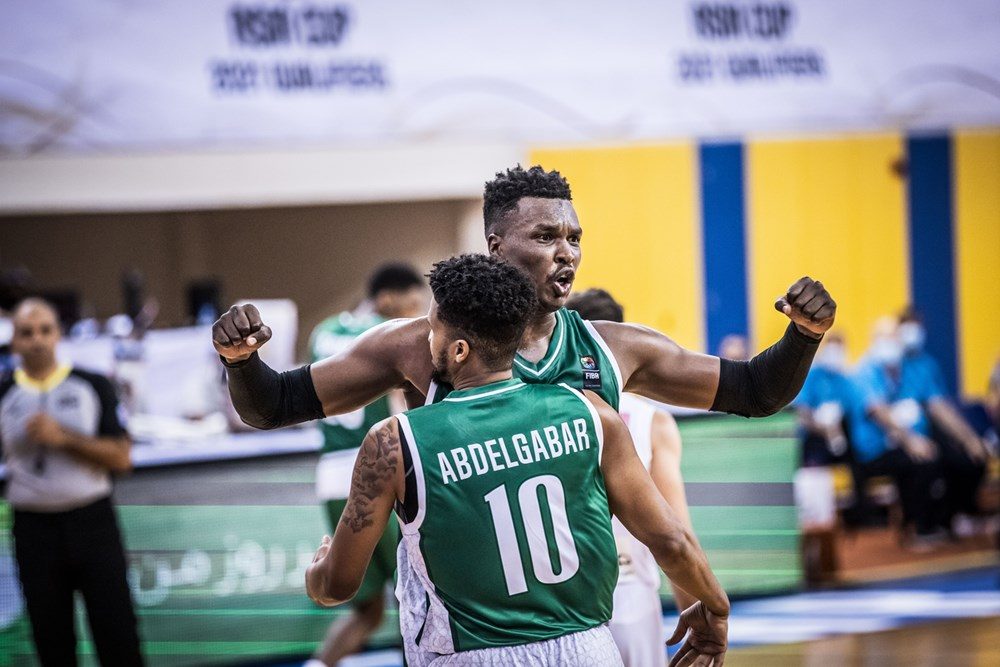 KEY COGS. Saudi Arabiau2019s Mohammed Almarwani and Khalid Abdel Gabar are among the players to watch.

MANILA, Philippines – After the disappointing loss to Lebanon, Gilas Pilipinas will need a strong bounce back to regain its confidence and get back in the mix in the FIBA World Cup Asian Qualifiers.

Chances are great that the Filipinos will have that opportunity against Saudi Arabia – slotted at 80th in the FIBA world rankings – in their 7 pm encounter on Monday, August 29, at the Mall of Asia Arena.

Gilas Pilipinas will have the advantage in height against a Saudi Arabian team that has been missing versatile 6-foot-10 center Mohammed Alsuwailem, who has been the anchor of the team’s frontline.

Without the 24-year-old Alsuwailem, Saudi will be heavily dependent on veteran Mohammed Almarwani, who at 6-foot-8, will be overmatched against the 7-foot-3 Kai Sotto.

The 33-year-old Almarwani is the only legitimate center in the Saudi roster, and they will be facing a huge gap in the middle if he gets into foul trouble.

Almarwani is typically paired up with 6-foot-5 Nassir Abo Jalas or 6-foot-2 Ayoub Alhawsawi, two power forwards who will have difficulty matching up especially if Gilas parades Sotto and 6-foot-9 Japeth Aguilar together to form a lengthy frontline.

The only other bigs in the Saudi rotation are 6-foot-5 Musad Tariq Kadi and 6-foot-5 Themer Mahmoud Mohammed, who in the Asia Cup averaged a combined 4.7 points per showing.

Saudi will be relying on its backcourt to keep pace with the Jordan Clarkson-led offensive firepower of Gilas Pilipinas.

The points for the Saudis, in fact, will most likely come from three starters – their undersized backcourt combo of Khalid Abdel Gabar, Marzoug Almuwallad, and 6-foot-4 small forward Mathna Almarwani.

Gabar was Saudi’s main scoring threat in the FIBA Asia Cup held in Indonesia last July when he averaged 16.5 points. Almarwani leads the team in the FIBA World Cup Asian Qualifiers with 13 points per game, while court general Almuwallad has also been averaging in double figures in the World Cup qualifiers.

Head coach Mohamed Mounir Elkerdany will be hard-pressed to find contributions outside of his starting unit. Other than 6-foot-1 shooting guard Fahad Belal, Elkerdany has limited options from his bench who can provide instant or consistent scoring help.

The only real advantage that Saudi will have is the team’s familiarity with Elkerdany’s system. Elkerdany will be fielding in the same squad that saw action in the FIBA Asia Cup.

In the FIBA Asia Cup, however, Saudi Arabia lost all its three games to Indonesia, Australia, and Jordan by an average of 20 points. The team finished at 14th place among 16 teams in the same competition where Gilas Pilipinas ended at ninth place, the Philippines’ worst finish since 2007 in the Asia Cup.

Saudi Arabia only scored an average of 56.6 points in Jakarta, and this should serve as a cue for the Gilas coaching staff to tighten the noose on defense against a Saudi team that has shown the tendency to struggle to put up points.

Dwight Ramos and Thirdy Ravena should be familiar with the Saudis as the two were part of the Tab Baldwin-mentored Gilas Pilipinas that whipped Saudi Arabia in the King Abdullah Cup held in Jordan in July 2021. In that game, the young Gilas squad led by as many as 20 points and eventually won by 16, 77-61.

In the World Cup qualifiers, Saudi Arabia’s only notable win was a 72-64 upset of the visiting Jordan squad last November 21, 2021 in Jeddah. Saudi has earned two other victories, both of which came against Indonesia. In their home game last Friday against New Zealand, the Saudis saw themselves already down by 30 points at the half.

The Saudis, based on their talent level and recent record, appear to be just what the doctors prescribed to make Gilas Pilipinas look good in front of the home crowd. – Rappler.com