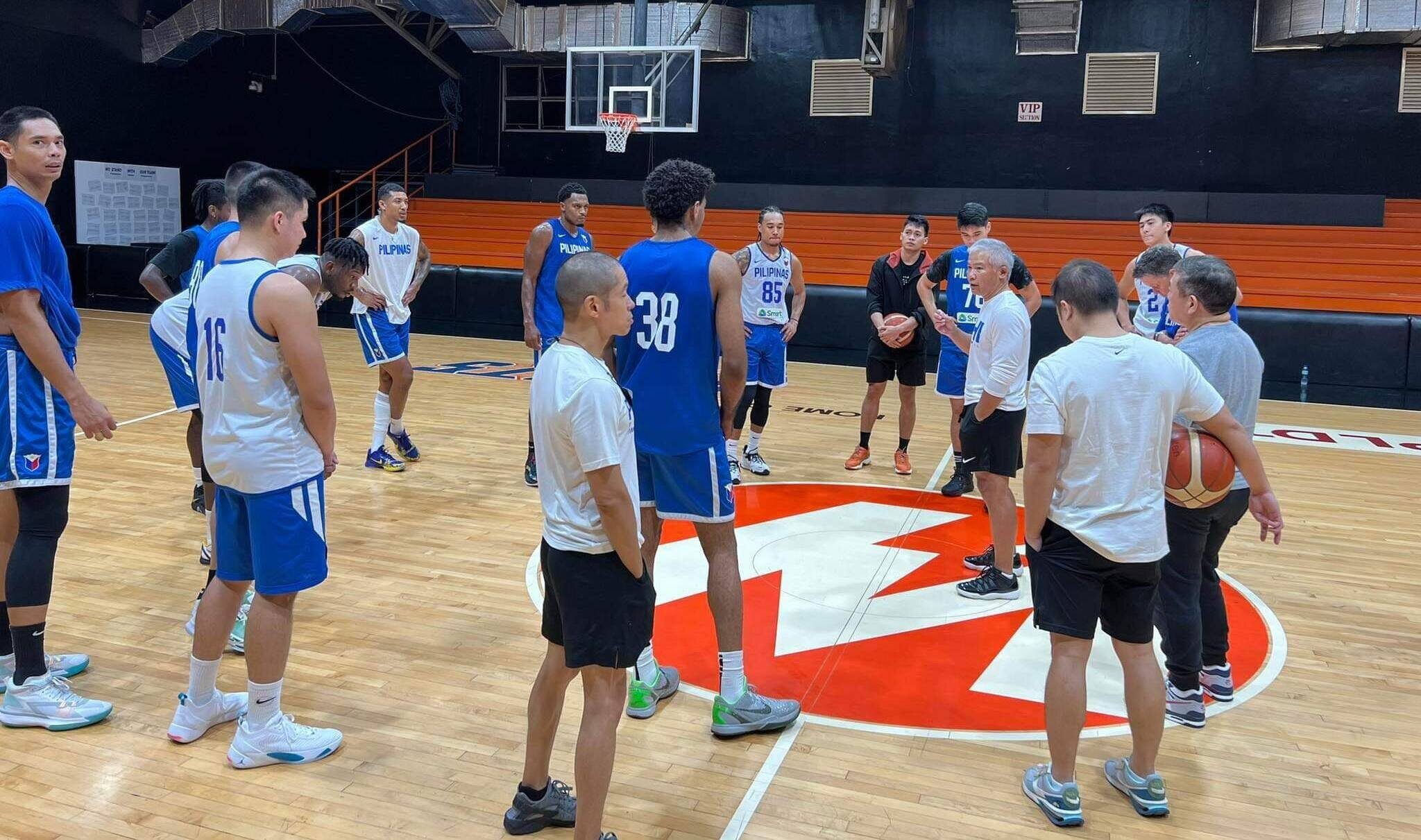 MANILA, Philippines – Gilas Pilipinas is back on the grind for the ever-nearing 2023 FIBA World Cup with the fifth window of the Asian qualifiers slated this November 10 to 14.

Among the key players who showed up at the Meralco Gym in Pasig City are embattled prospect William Navarro, naturalization candidate Justin Brownlee, and San Miguel star CJ Perez. Naturalized center Ange Kouame was also among the attendees comprised mostly of PBA standouts.

Despite non-committals from key players due to various reasons, head coach Chot Reyes is nonetheless pleased with the overall turnout.

“June Mar [Fajardo] is sick and he even failed to attend his San Miguel practice. Then Carl Tamayo, he had a practice with UP up to 8 pm. Scottie [Thompson] got injured in their practice game, but at least he’s here,” he said. “I’m really pleased, not only with the turnout, but also the engagement and participation of the players.”

“We have players who are coming in for the first time – CJ Perez and Justin Brownlee. The other thing is, you’re seeing the young ones, Ange, Francis Lopez, Will Navarro. We want to continue that process, whether they make it to the final lineup for the window or not, but at least, they’re continuing to be part of the long-term program,” Reyes continued.

Navarro recently made headlines after the Samahang Basketbol ng Pilipinas (SBP) disallowed him to fly to Korea to be an import of the Seoul Samsung Thunders of the Korean Basketball League (KBL).

Despite the Filipino fans’ and players’ overwhelmingly negative reaction to that development, the former Ateneo forward nonetheless showed up to fulfill his initial contractual obligations to the national team.