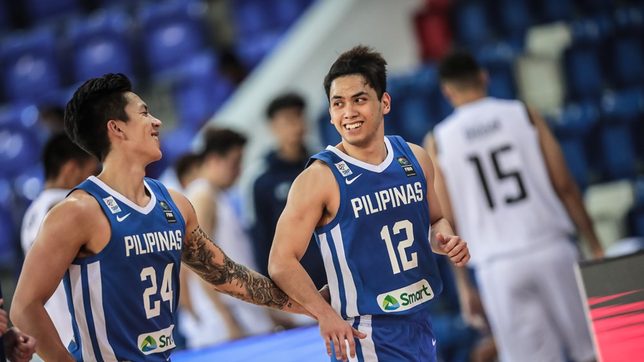 SPOTLESS. Despite fielding an all-cadet lineup, Gilas Pilipinas has remained unbeaten in its group in the 2021 FIBA Asia Cup Qualifiers.

Former Gilas Pilipinas mentor Rajko Toroman admitted he got caught by surprise by the high level of play the young national team core showcased in the 2021 FIBA Asia Cup Qualifiers.

Now the head coach of Indonesia, Toroman witnessed how an all-cadet Gilas Pilipinas crew clobbered an all-pro Thailand squad in the second window of the qualifiers in Bahrain last year.

“I was really impressed and was really surprised with the level of the team and how they played,” Toroman told the Power and Play with Noli Eala program of Radyo Singko.

“These kids are excellent. These kids are very athletic, very talented. They may not have the experience like the pro players, but they are quality. These are the future of Philippine basketball.”

Led by the likes of Dwight Ramos and Juan Gomez de Liaño, the Philippines breezed past Thailand in back-to-back lopsided victories, winning by an average margin of 28.0 points.

With those two blowouts, Gilas Pilipinas remained undefeated at 3-0 and seized the top spot in Group A.

“They played with lots of confidence, like they have 10 years in the PBA,” the Serbian tactician said.

Add Kai Sotto to the equation and the country has a fearsome team for the years to come, Toroman added.

“I think this team has a future,” Toroman said. “With Kai Sotto and with these young kids, I think that is a very competitive team in Asia.”

Gilas Pilipinas will stick with its all-cadet pool when it sees action in the final window of the Asia Cup Qualifiers and the FIBA Olympic Qualifying Tournament in June. – Rappler.com