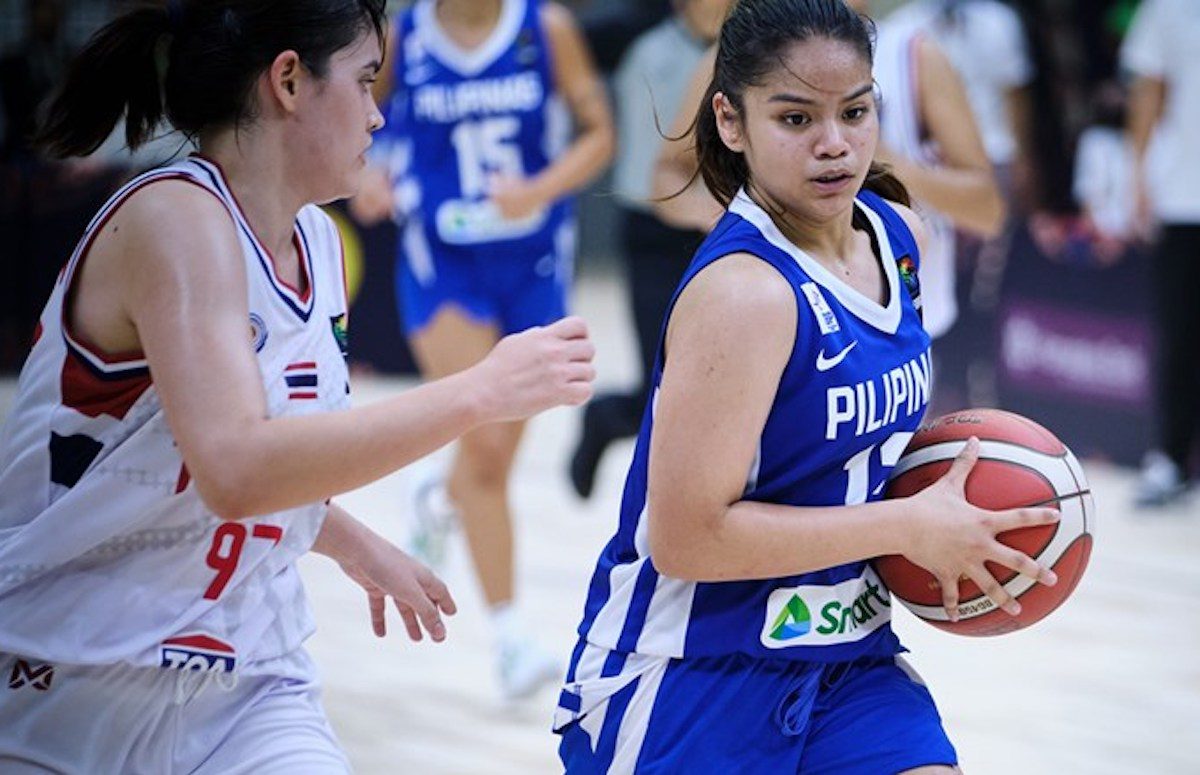 FIRST GAME. Camille Nolasco and Gilas Girls topple Thailand for a winning start in the FIBA U18 Women's Asian Championship Division B.

MANILA, Philippines – Gilas Girls opened their campaign in the Division B of the FIBA U18 Women’s Asian Championship on a high note following a 65-50 thrashing of Thailand in Bengaluru, India on Monday, September 5.

Kate Colyn Bobadilla fired 22 points on top of 4 steals to lead the Filipinas, who are eyeing a promotion to Division A.

A Camille Nolasco three-pointer to end the third quarter gave Gilas Girls a slim 43-38 lead before they pulled away for good in the final salvo behind Bobadilla.

Bobadilla scattered 8 points in the fourth quarter, where the Filipinas outscored the Thais 22-12 for a winning start in Group A.

Nolasco and Louna Azar also made their presence felt with a combined 16 points, 18 rebounds, and 6 steals in a stifling defensive effort that saw the Philippines force Thailand to a whopping 29 turnovers.

Out of the Thais’ 29 turnovers, 20 were steals from the Filipinas.

Laksamee Hewchaiyaphum showed the way in the loss with 10 points and 7 rebounds as the only Thailand player in double figures.

Coached by veteran mentor Patrick Aquino, Gilas Girls will immediately return to action when they face Samoa on Tuesday.

Only the champion of the eight-team tournament will get promoted to Division A. – Rappler.com