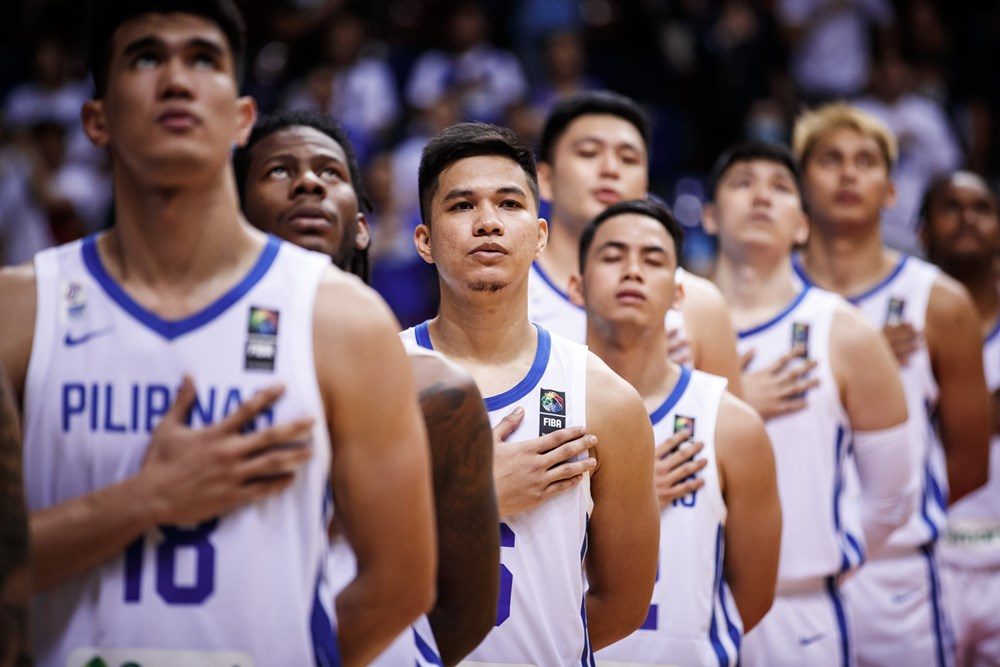 RECUPERATING. Roger Pogoy (center) first needs to recover from his calf injury before he suits up for Gilas Pilipinas anew.

MANILA, Philippines – All this time, Roger Pogoy has been part of Gilas Pilipinas’ pool.

The Samahang Basketbol ng Pilipinas (SBP) corrected the error that left Pogoy out of the pool of players who will contend for spots in the upcoming window of the FIBA World Cup Asian Qualifiers later this February.

“He has always been there,” said Gilas coach Chot Reyes on Friday, February 18.

Castro in, Pogoy out of TNT-laden Gilas pool before FIBA World Cup qualifiers It should have been 22-man pool, though, including Pogoy.

“There was just a glitch in the system. Corrected already,” said Gilas team manager Butch Antonio.

Pogoy, however, remains sidelined in the PBA Governors’ Cup as he is set to sit out when TNT tangles with Barangay Ginebra on Friday.

He has missed three straight games after averaging 13.8 points, 5.5 rebounds, 2 assists, and 1.3 steals in their first four games of the conference.

“I think he can start running next week so hopefully, he gets healed in time for the FIBA window,” Reyes said after TNT beat San Miguel last Wednesday. – Rappler.com